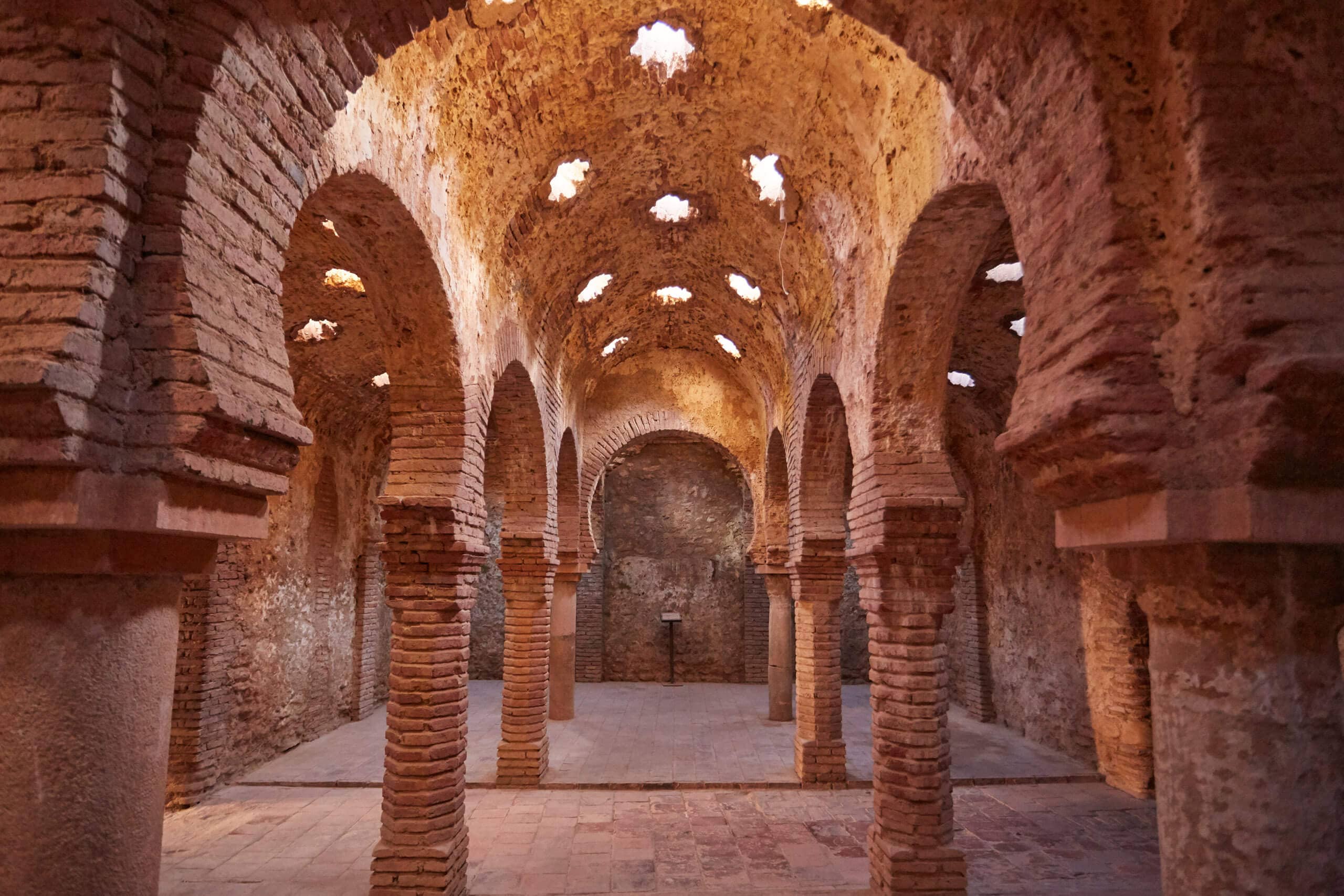 One of the best surviving examples of Arabic baths in all of Spain, the Arab Baths were built in the 13th century. A sophisticated water system originally transported the water into the baths by means of a waterwheel and aqueduct. The baths contain three rooms that are typical of the style, with cold, warm and hot rooms. The warm room is the largest, with impressive arches providing support and star shaped skylights covering the ceiling. The baths provided two functions, both as a religious ritual and a social one. Visitors who came to the city were required to use the baths before entering, which is why most of the baths were located at the entrances to cities. 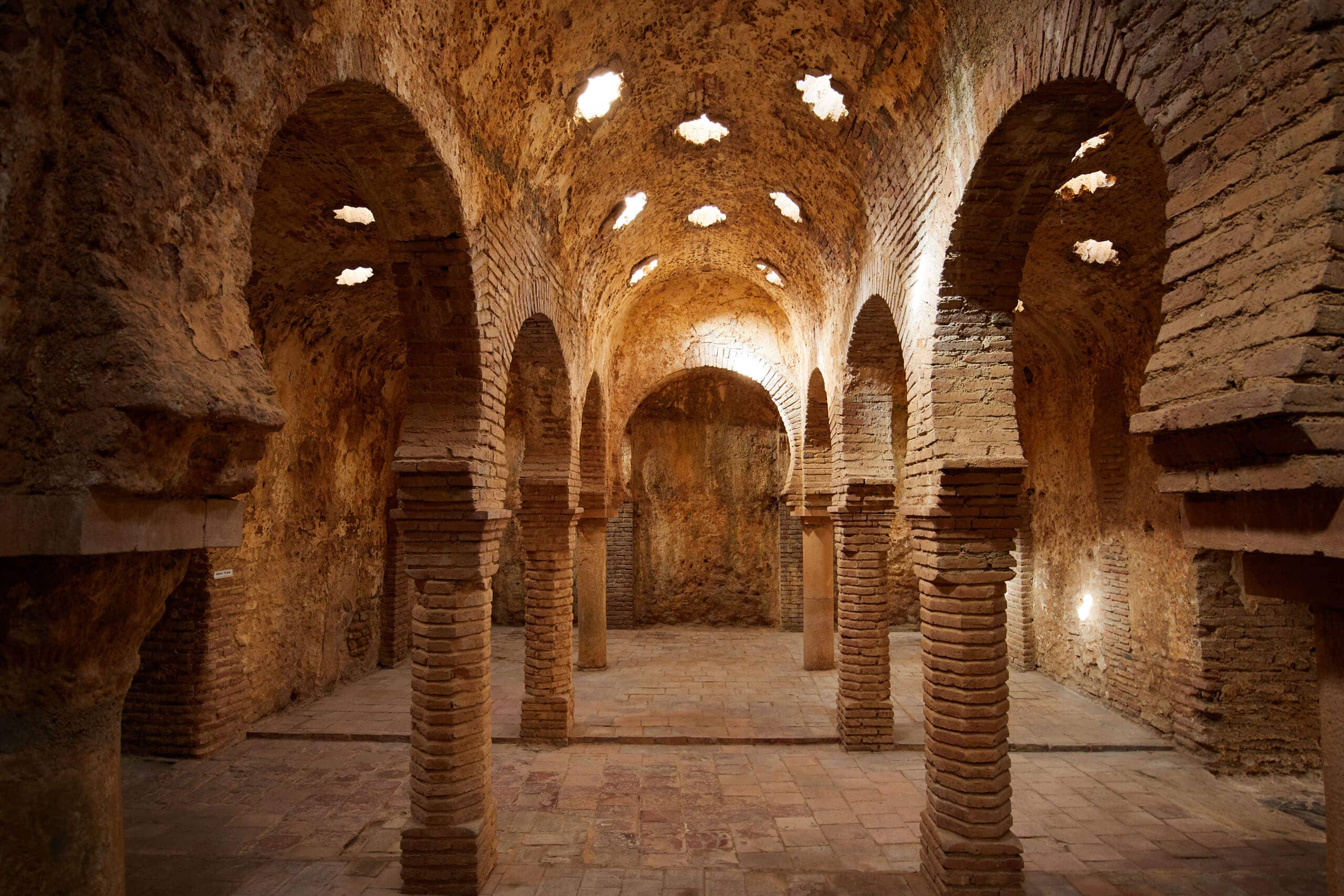 The warm room, the largest of the covered chambers 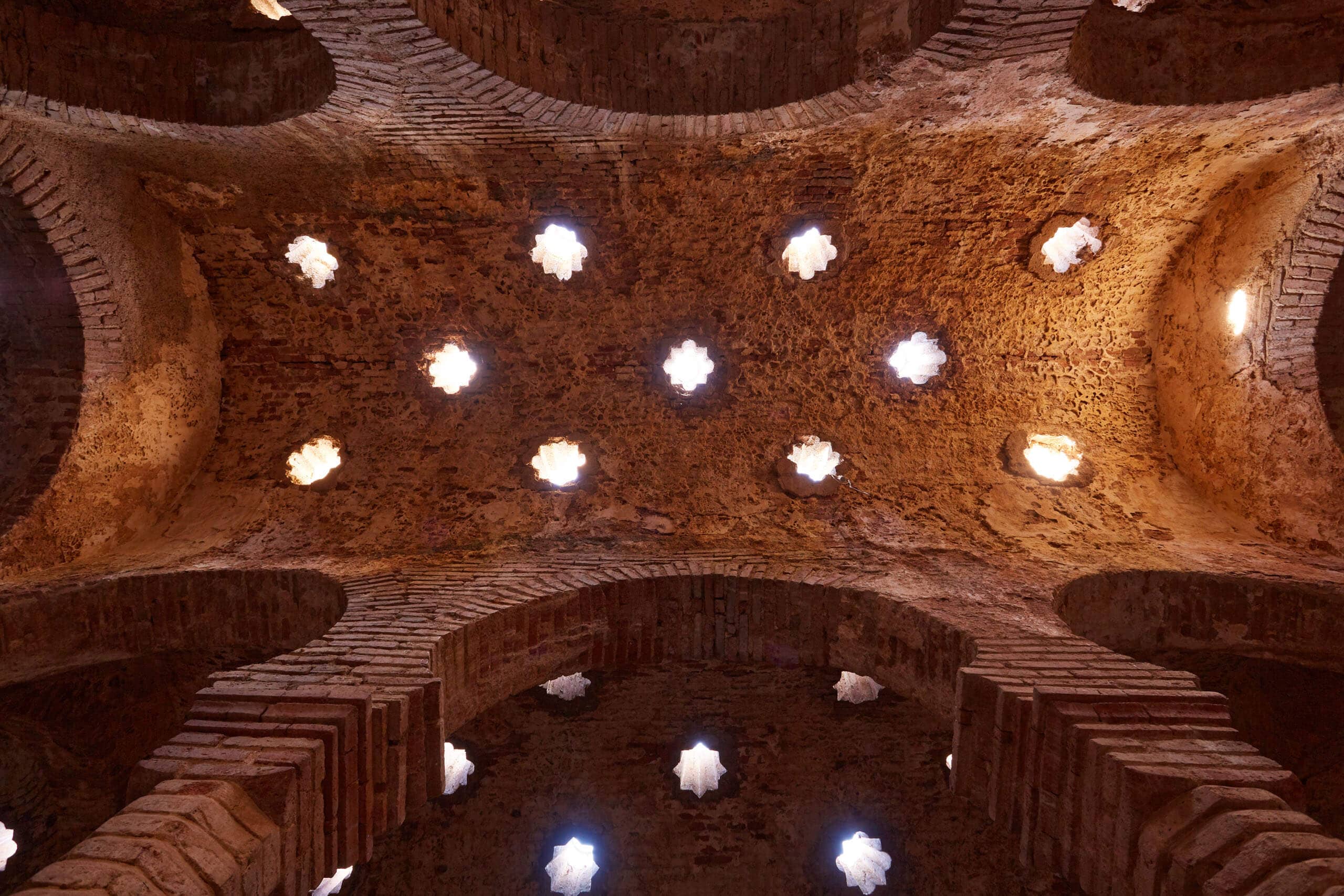 The ceiling of the warm room 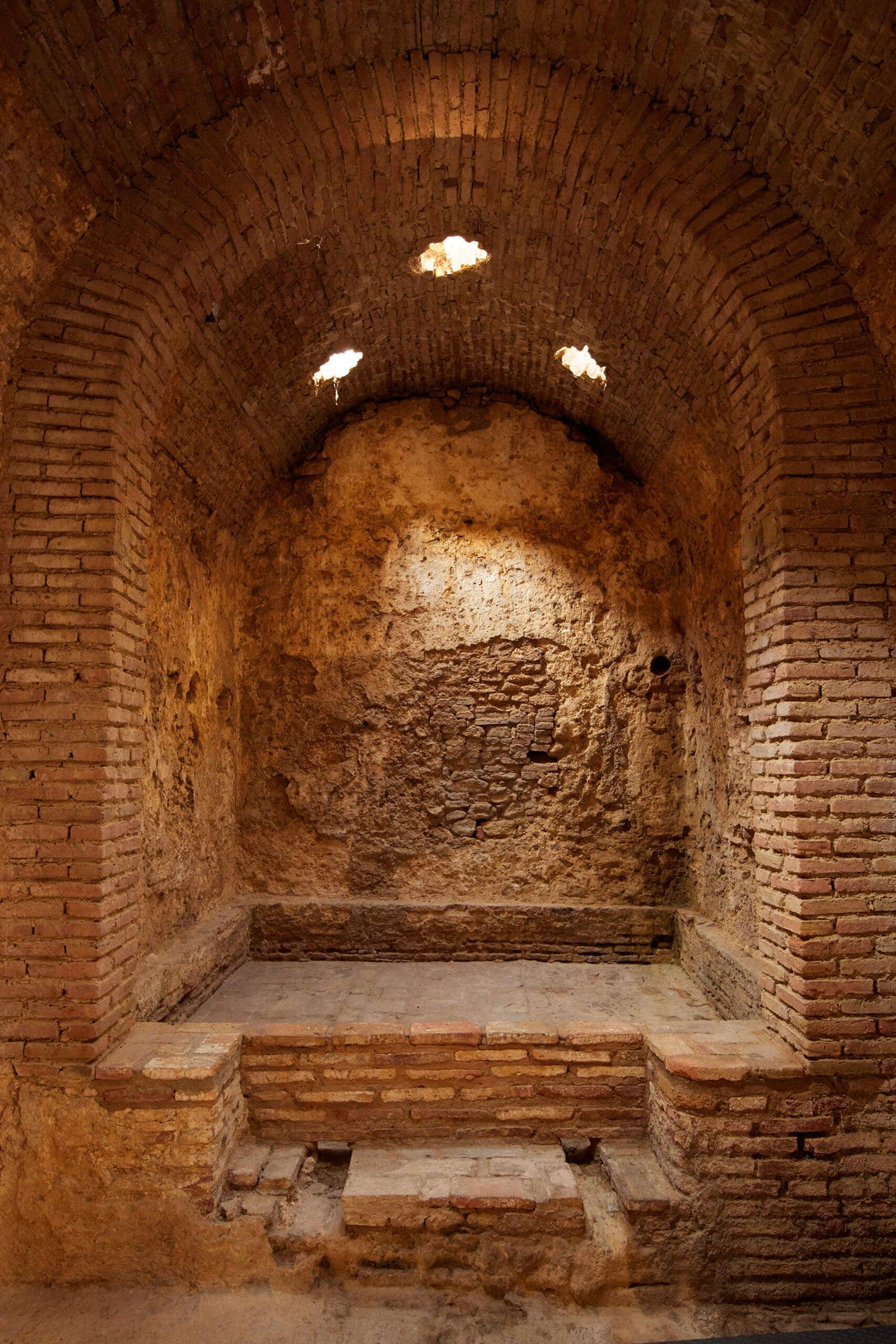 A former pool in the cold room 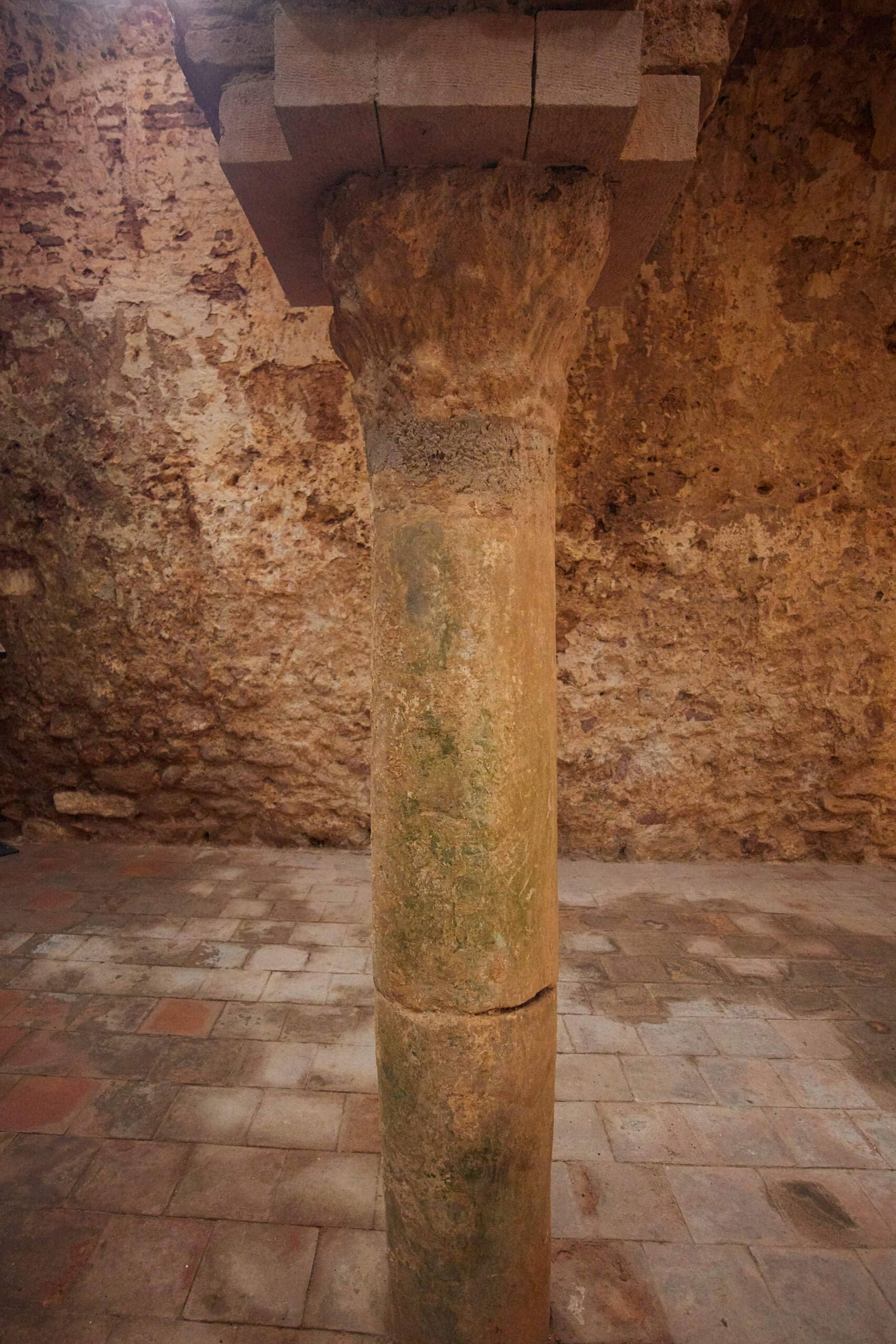 An original Roman pillar provides support in the warm room