Wines of the Serranía de Ronda

The tradition of wine-making in Ronda originally came with the arrival of the Phoenicians in Cadiz in the eight century B.C. They along with the Greeks brought the practice of viticulture to the peninsula. By the Roman era, Ronda had become an important producer of wine. Some place names in the Serranía de Ronda even reveal the importance of wine-making in the past such as with Acinipo (City of Wines) and Setenil de las Bodegas (Setenil of the Wineries). Ronda’s vines were destroyed by the Phylloxera Plague in the 19th century and thus the historic tradition of wine production came to an end.

Towards the end of the 20th century, Ronda began to see a resurgence in viticulture and a variety of wines with excellent quality were once again produced. The Serranía de Ronda is now once again filled with bodegas, and it is possible to visit wineries in the Serranía de Ronda and enjoy tours and wine tastings. The Serranía de Ronda has a Mediterranean climate that makes it an ideal place to produce wine, with the various microclimates and the geological diversity contributing to the outstanding quality and uniqueness of the wines of the region.

Map of the Bodegas of Serranía Ronda 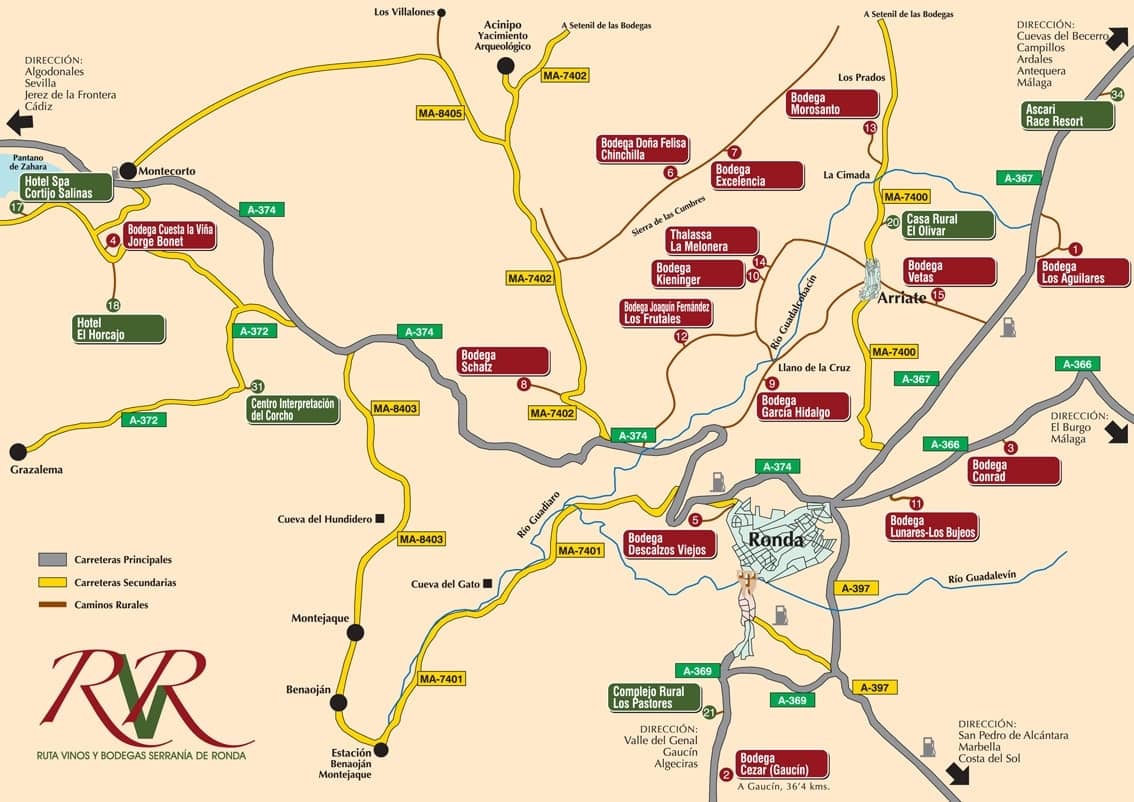