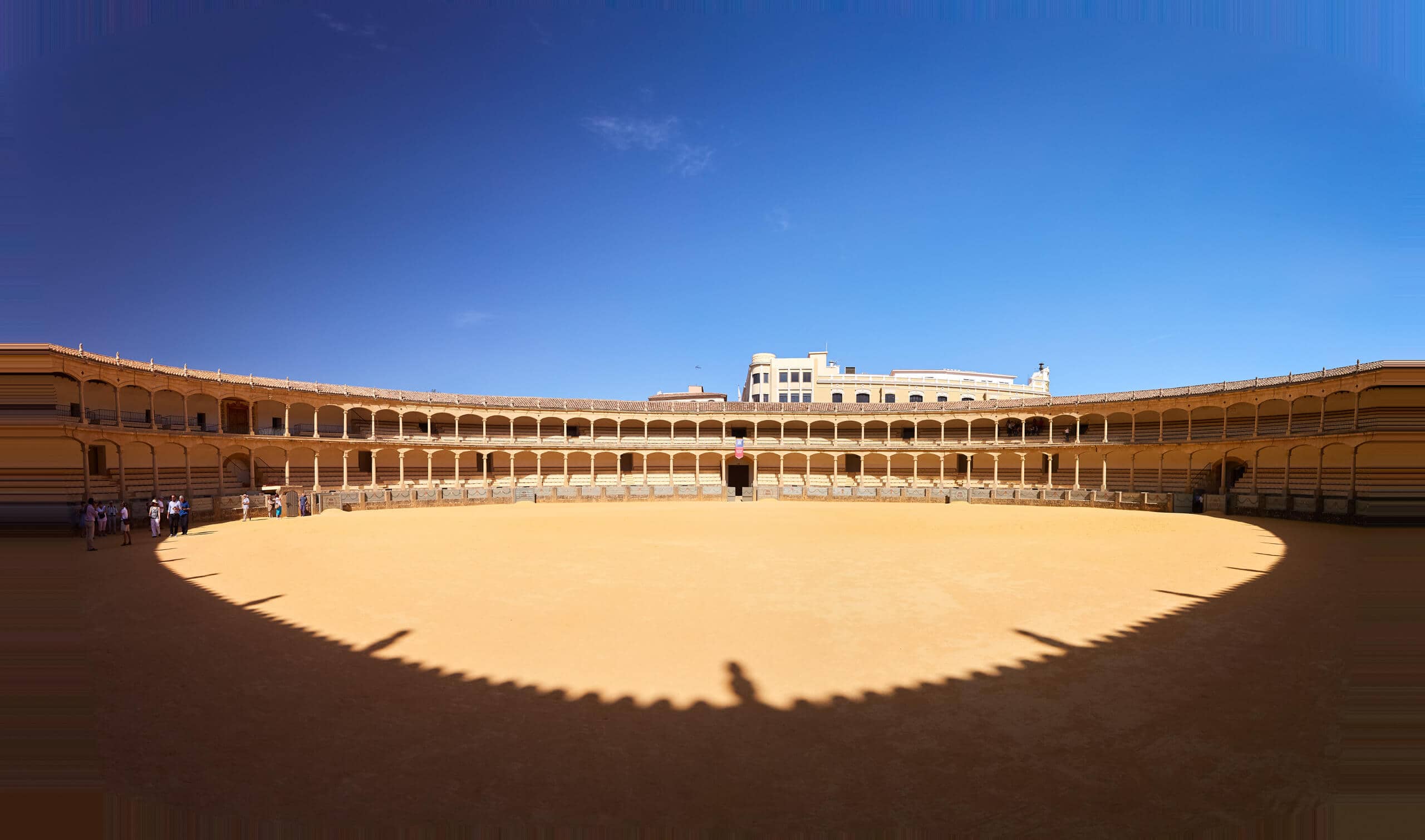 Bullring of the Royal Cavalry of Ronda

The Plaza de Toros de Ronda is famous for being the oldest bullring in Spain. Construction was originally finished in 1784 but an inaugural bullfighting event that year resulted in a partial collapse of the stands, which resulted in the building being temporarily closed for repairs until it was finally completed in 1785. The Romero family was the most famous bullfighting family of Ronda, providing over three generations of bullfighters. The bullring now houses a museum dedicated to bullfighting with many historical bullfighting regalia, weapons and costumes. 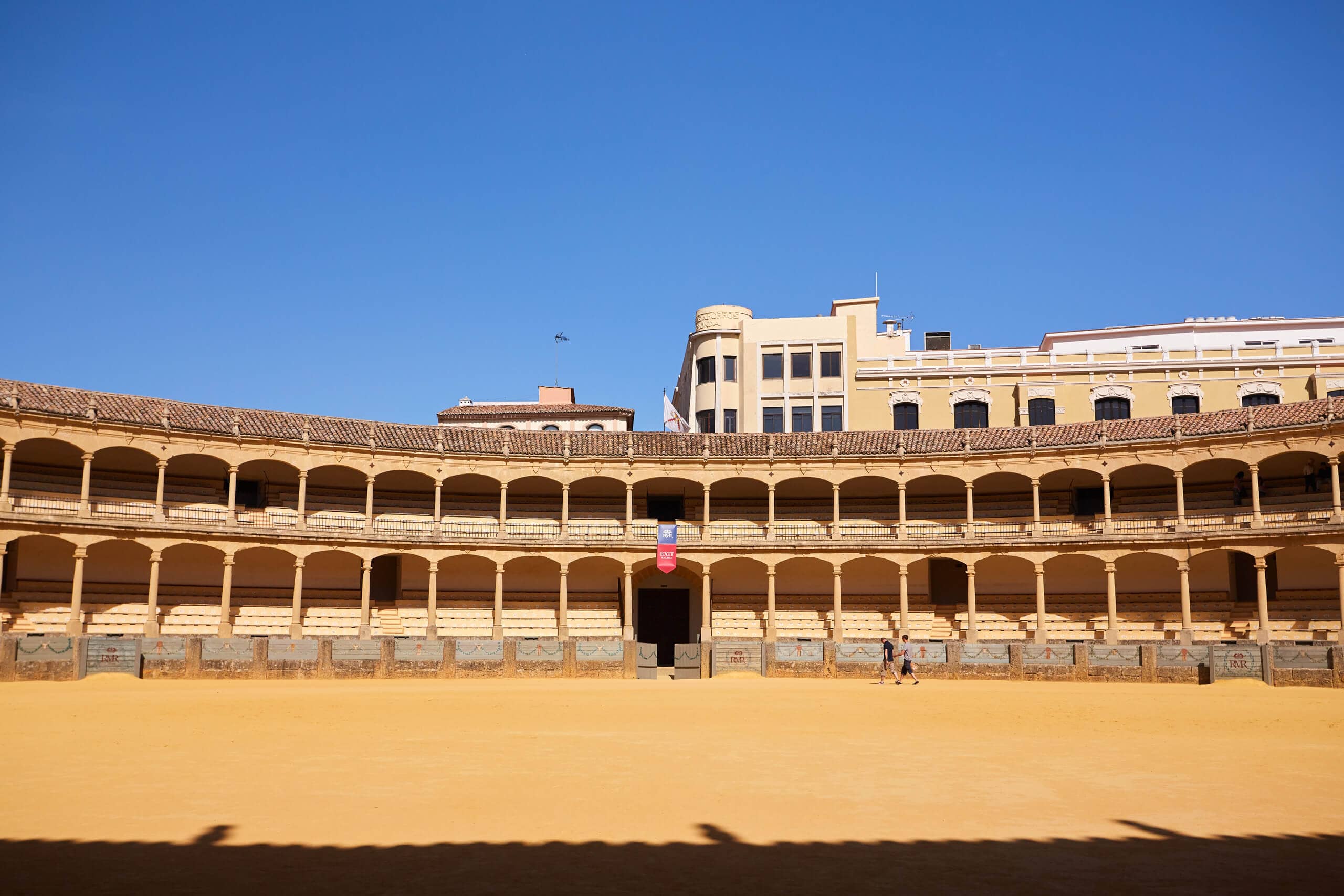 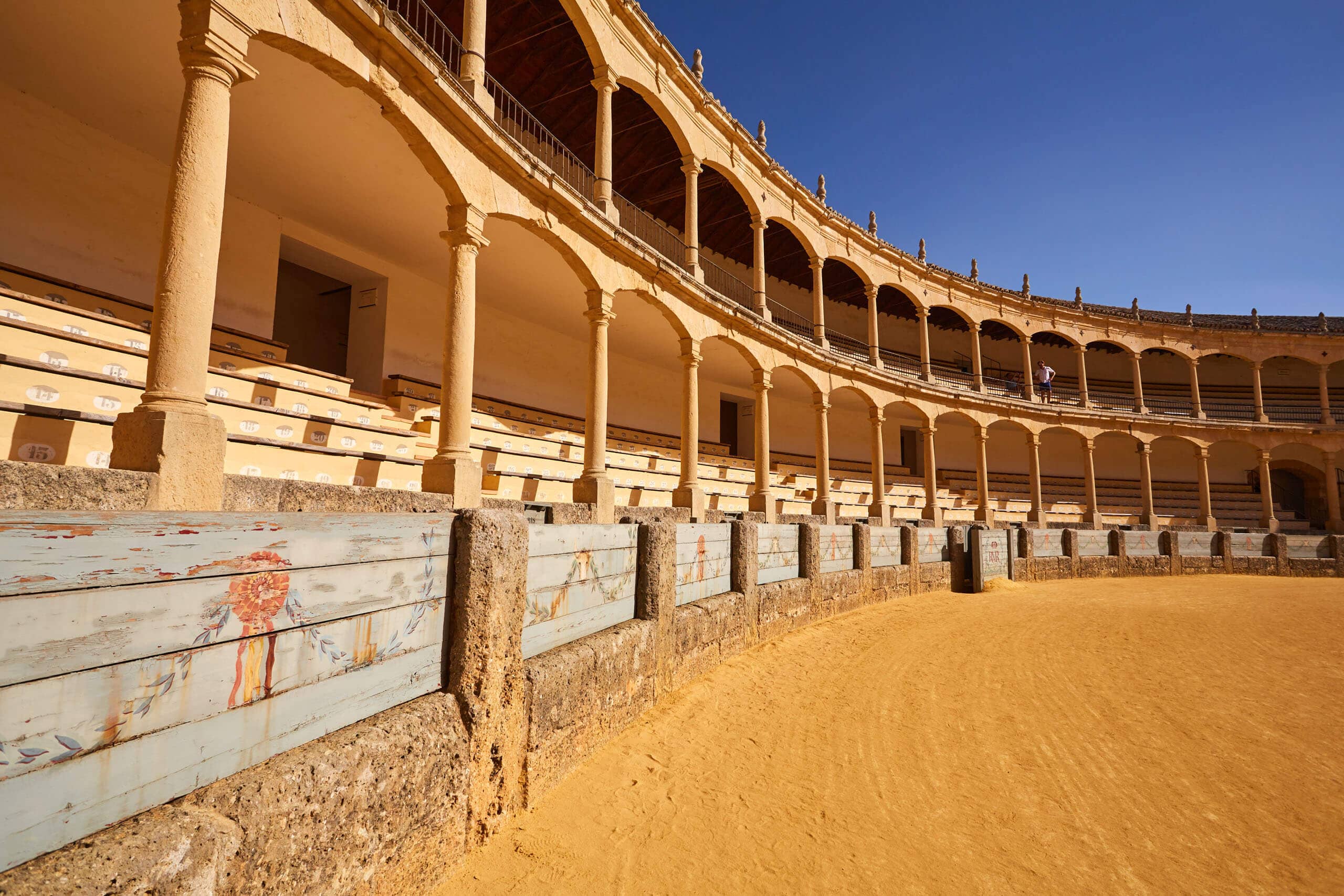 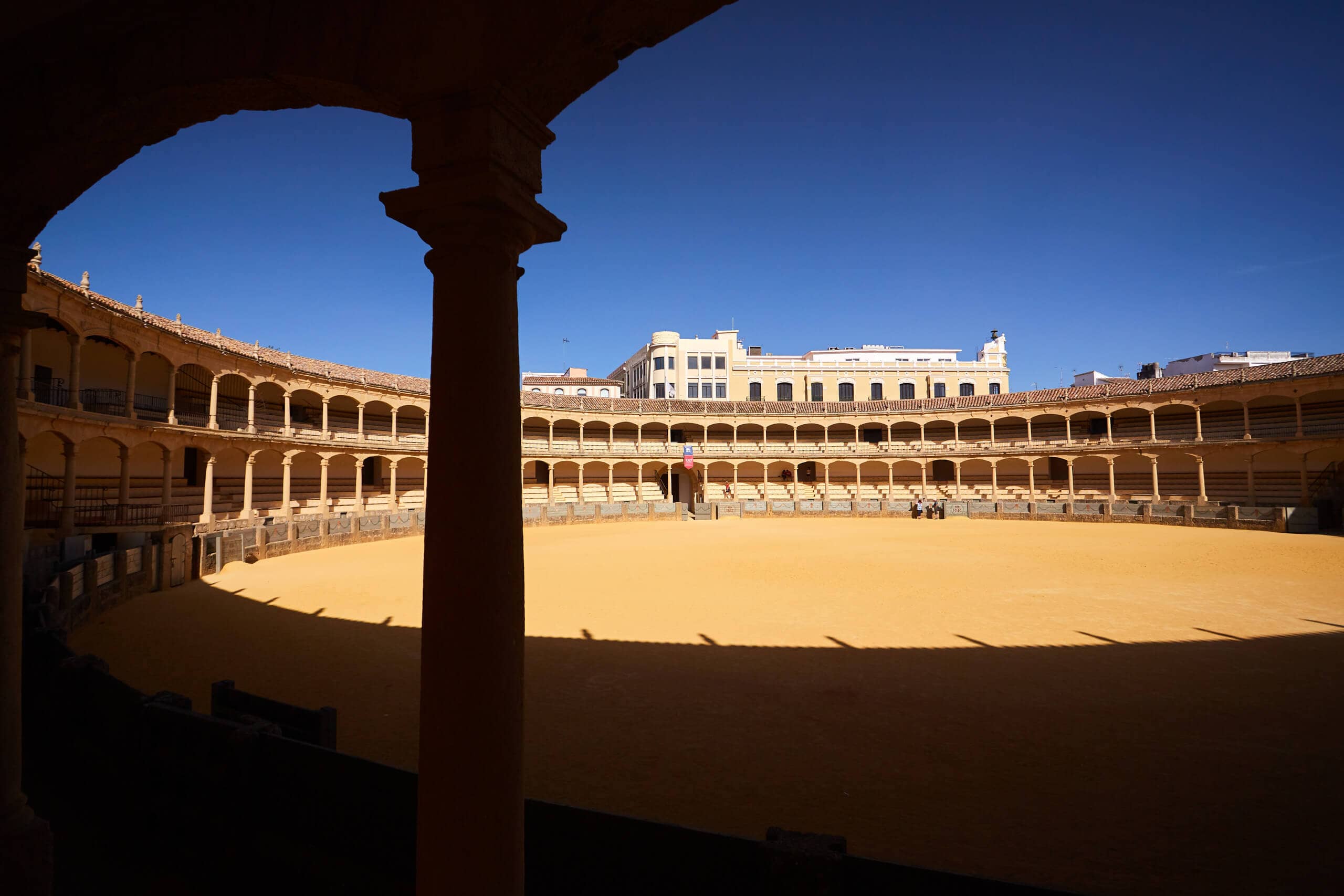 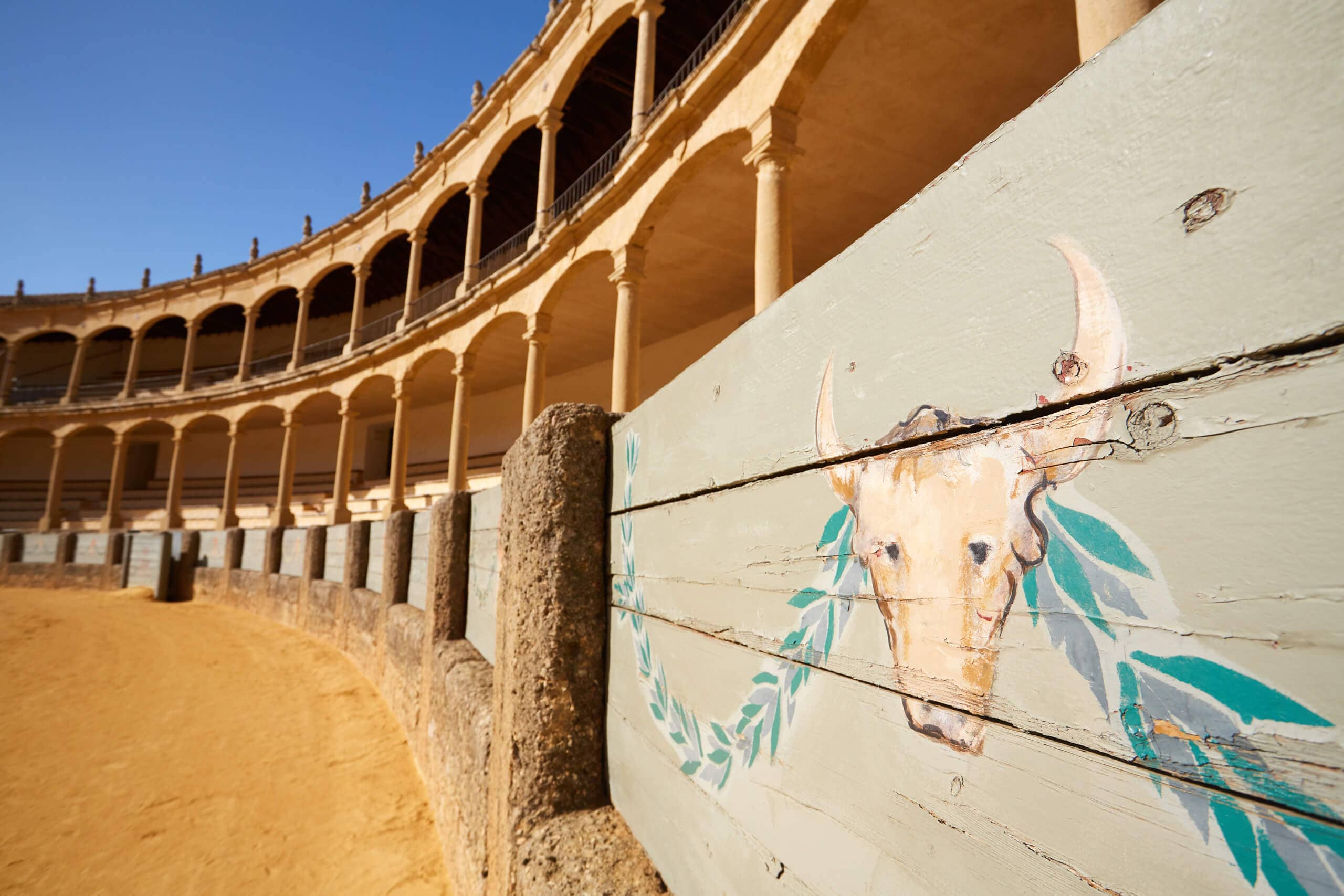 Painting of a bull on the perimeter of the arena