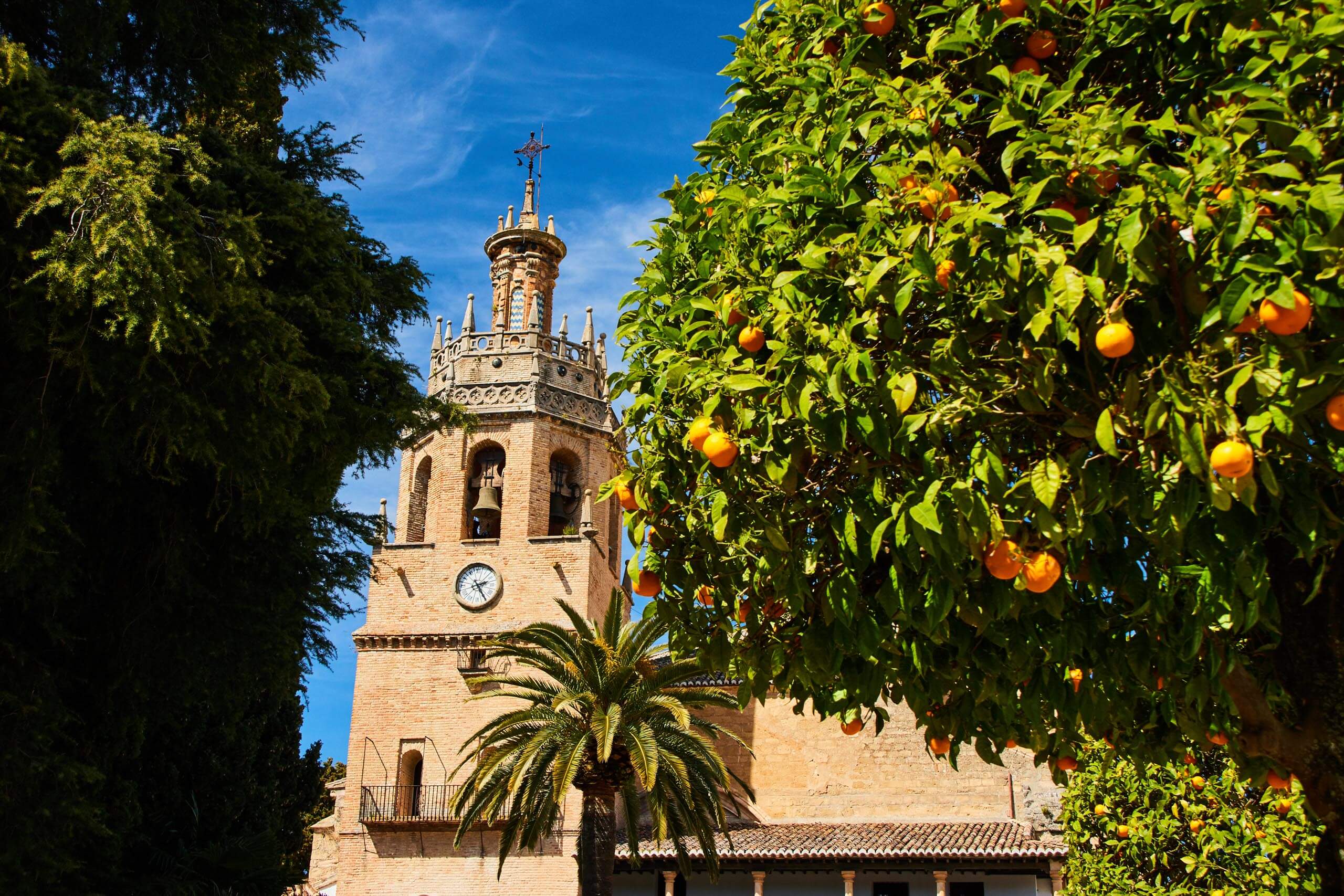 In the place of the former mosque of Ronda, the Iglesia de Santa Maria la Mayor was built. Work began in 1485 and was finally completed in the late 17th century. An earthquake in 1850 unfortunately destroyed part of the original construction and reconstruction works had to be carried out. Inside the church is an arch that was part of the mihrab (prayer niche that indicates the direction of Mecca) of the Moorish mosque. It's also possible to visit the roof of the church for panoramic views around the town. 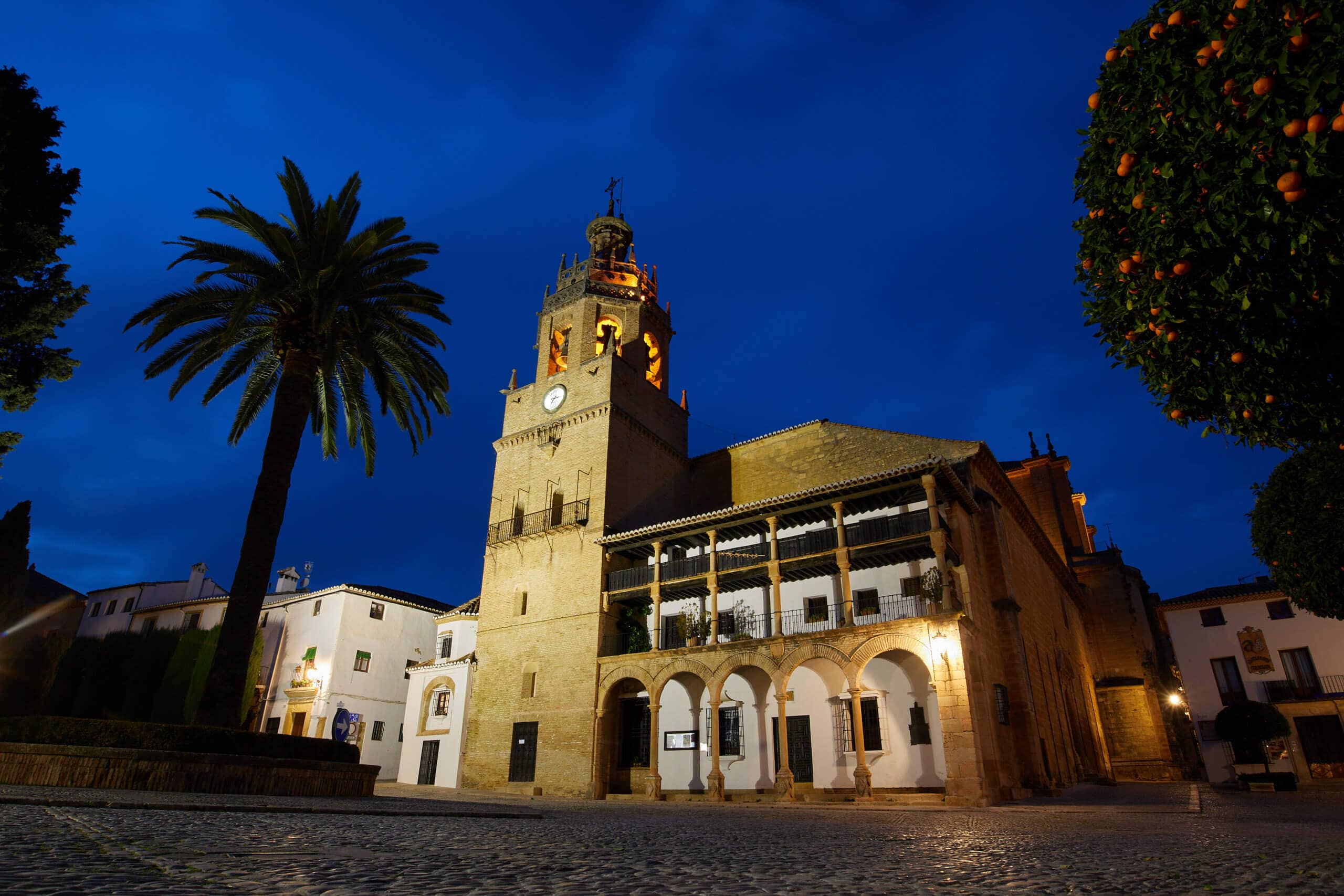 Exterior of the church at dusk 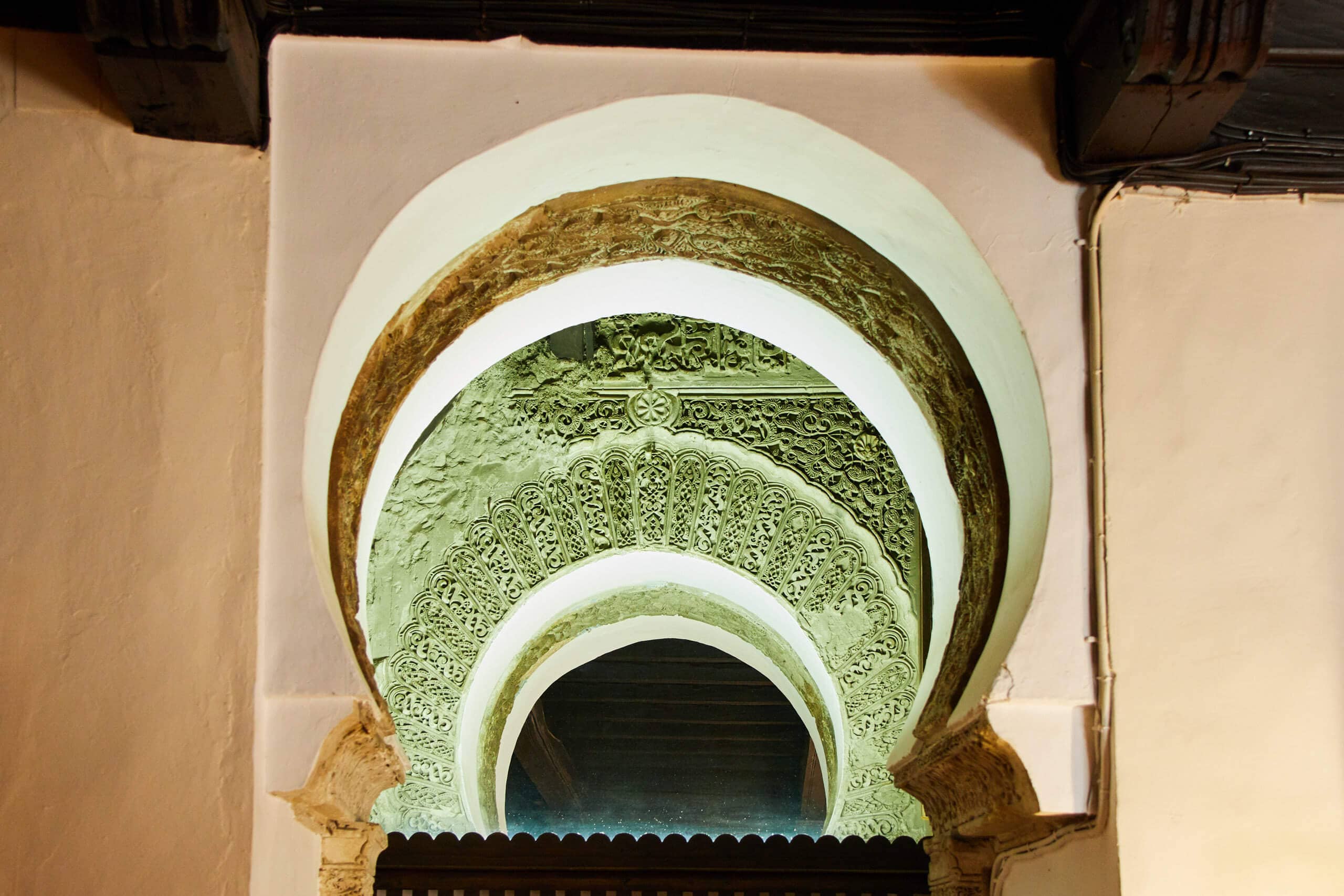 The remains of a moorish mosque inside the church 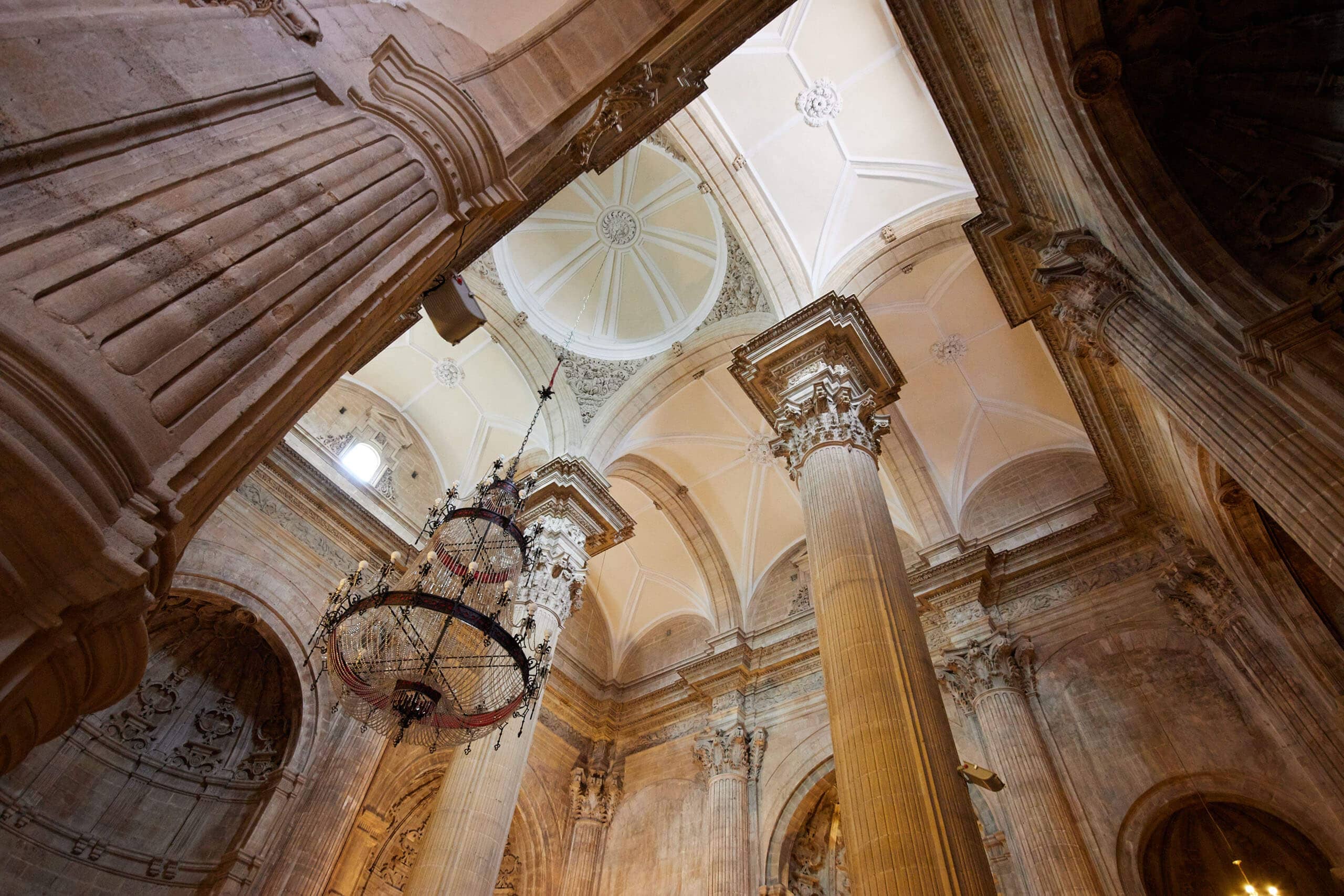 Interior of the church with a chandeleir that contains 34 lights and 24,700 pieces of glass 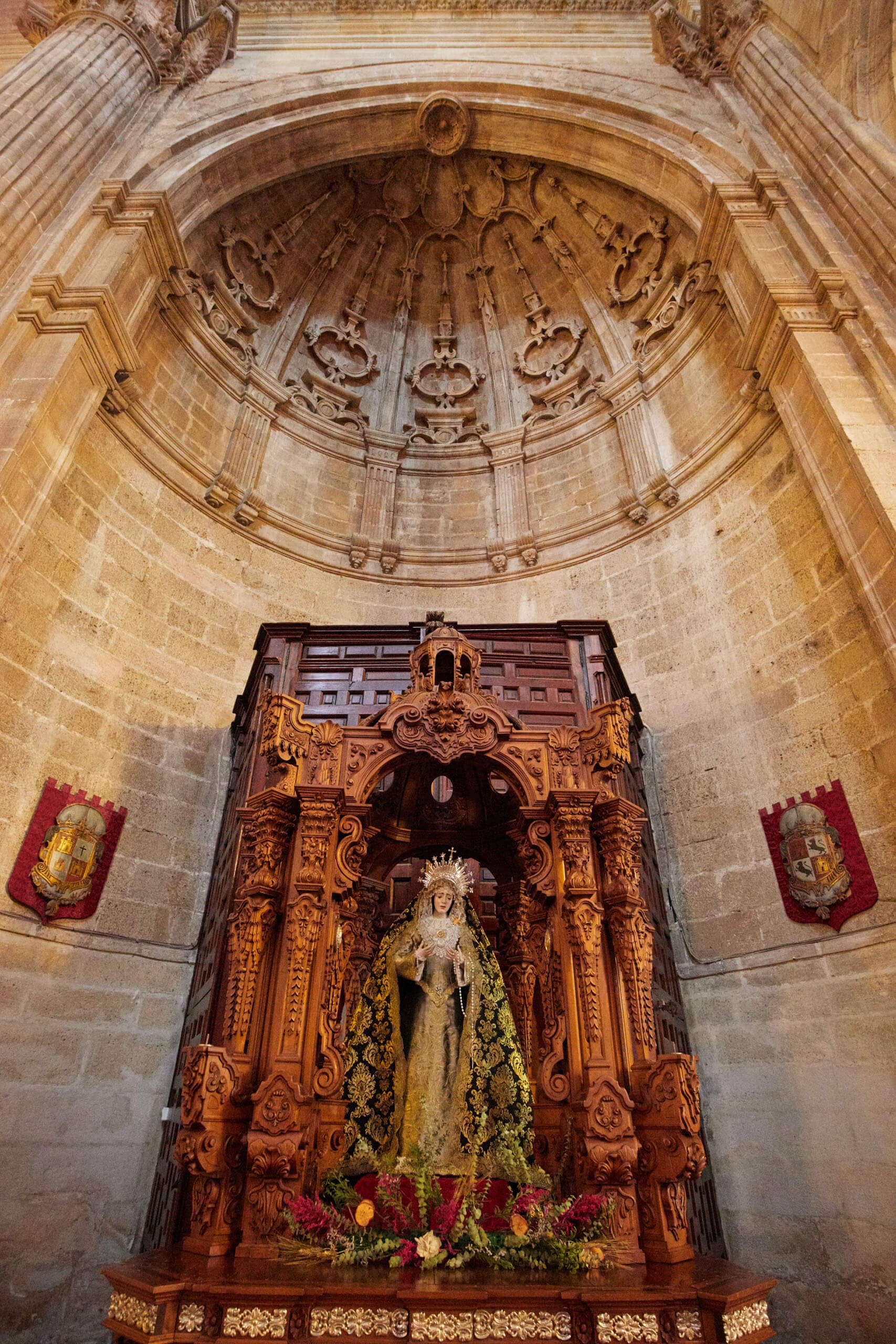 A statue of the Virgin Mary 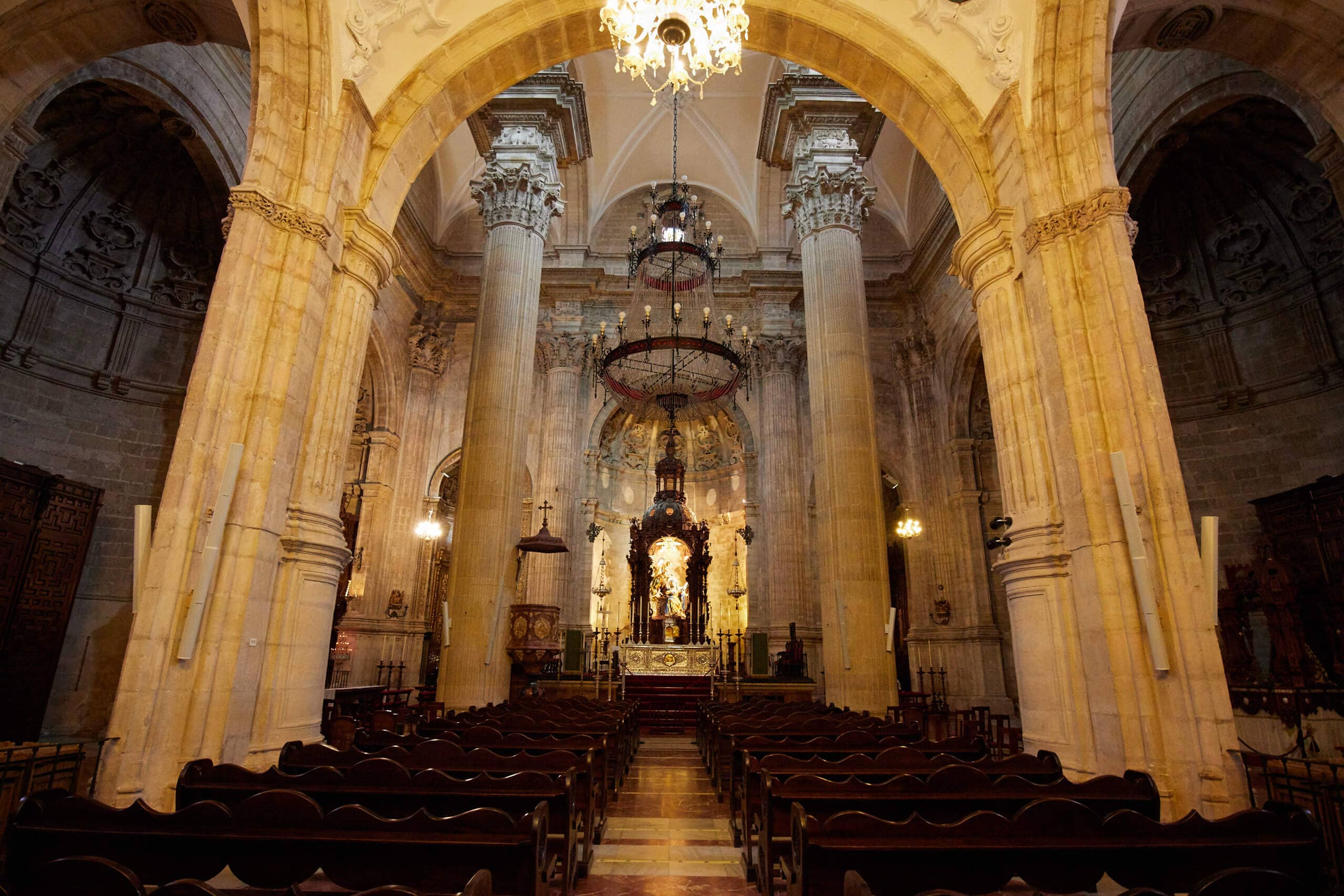 The nave of the church