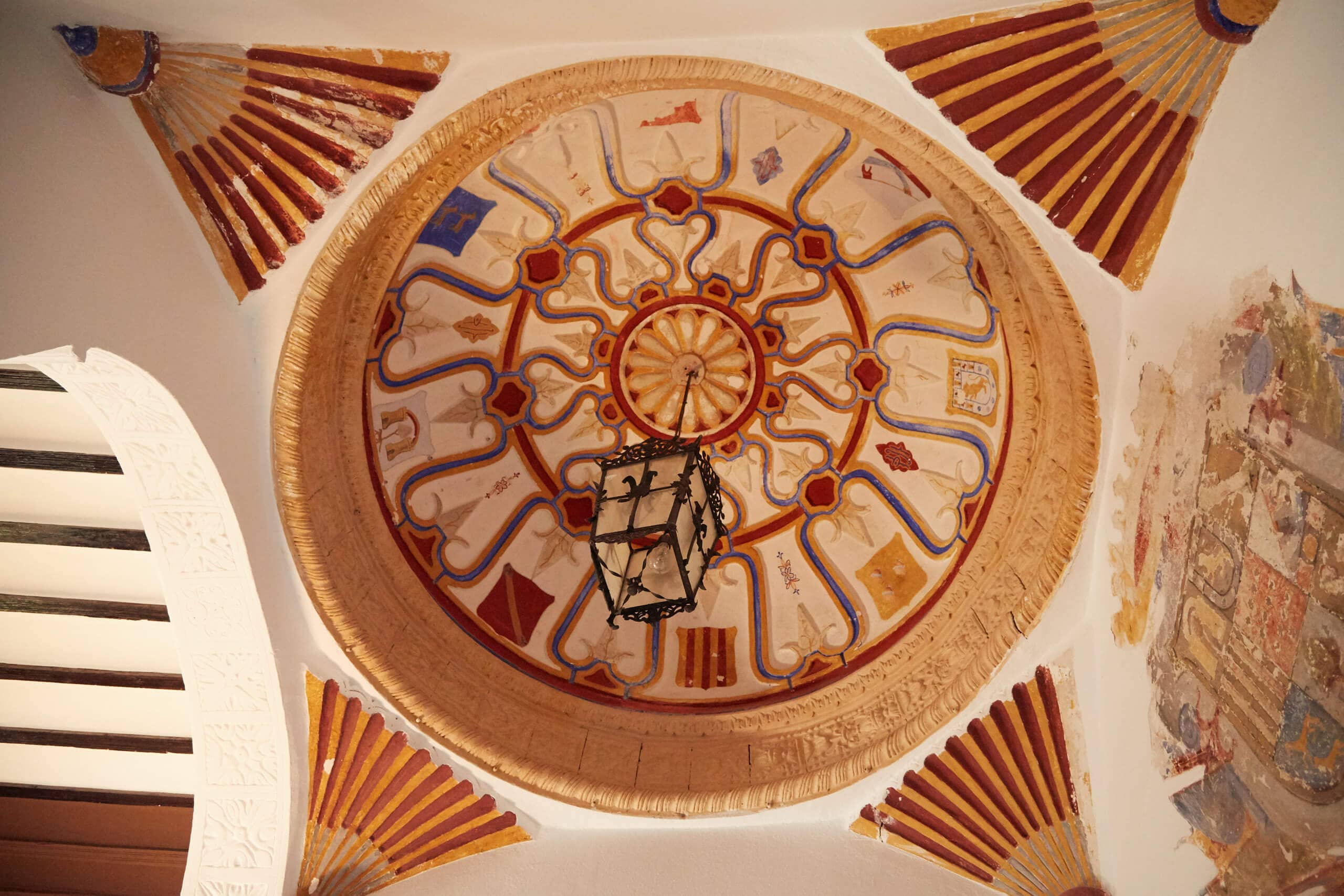 Now home to the Museum of Ronda, the Palace of Mondragón was, according to legend, built in the 14th century by the Moorish ruler of Ronda, Abomelic. The house was gifted to Captain Don Melchor de Mondragón in 1569 by Felipe II. Unfortunately nothing of the Moorish period remains now inside the building, but the layout of the patio is still mostly how it was during that time with the gardens also featuring a Moorish style, along with incredible views over the gorge. The façade of the building is the most interesting and architecturally significant, perhaps in all of Ronda, due to its original features and striking details. 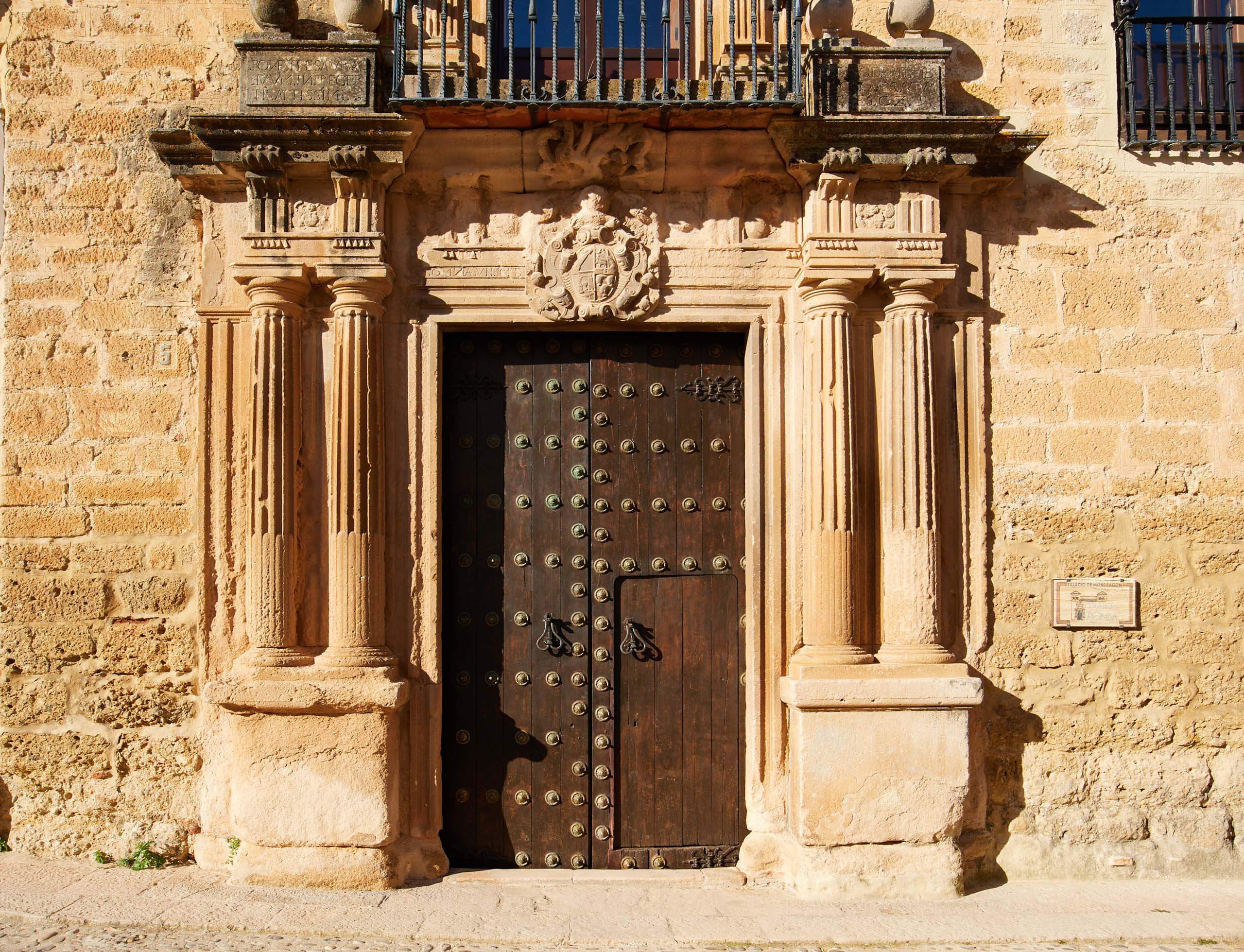 The facade of Mondragón palace 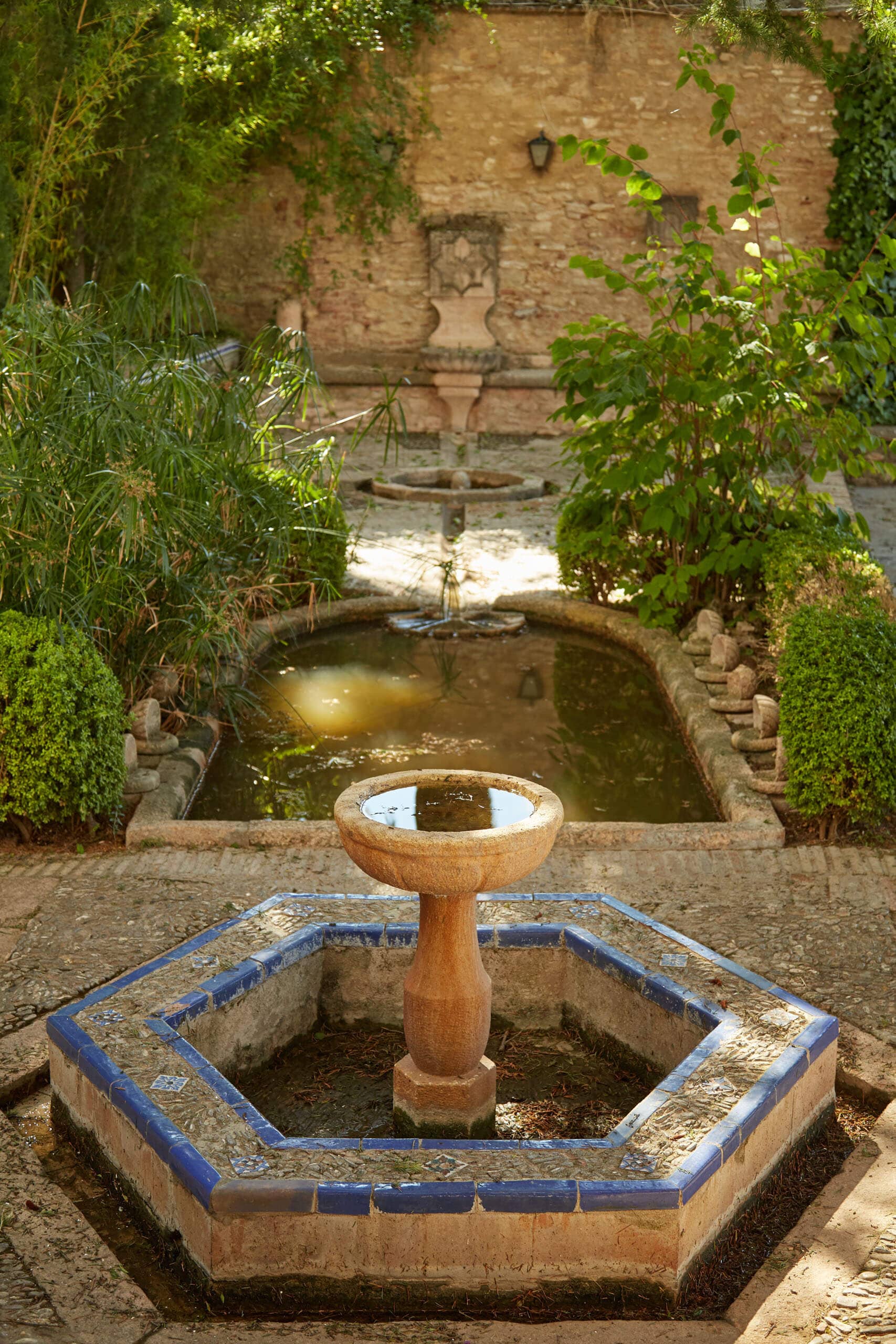 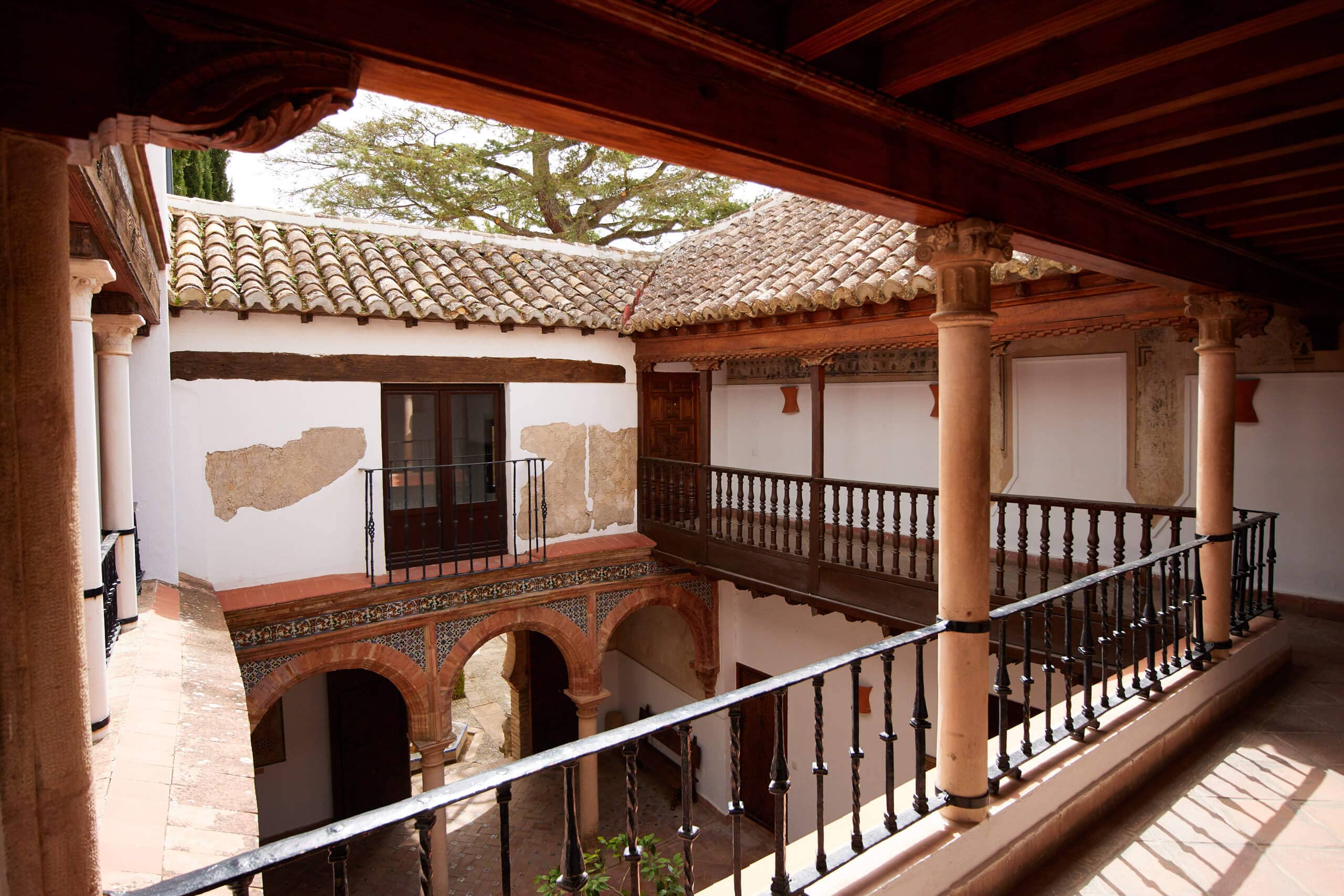 The upper floor of the inner courtyard

Details on the ceiling 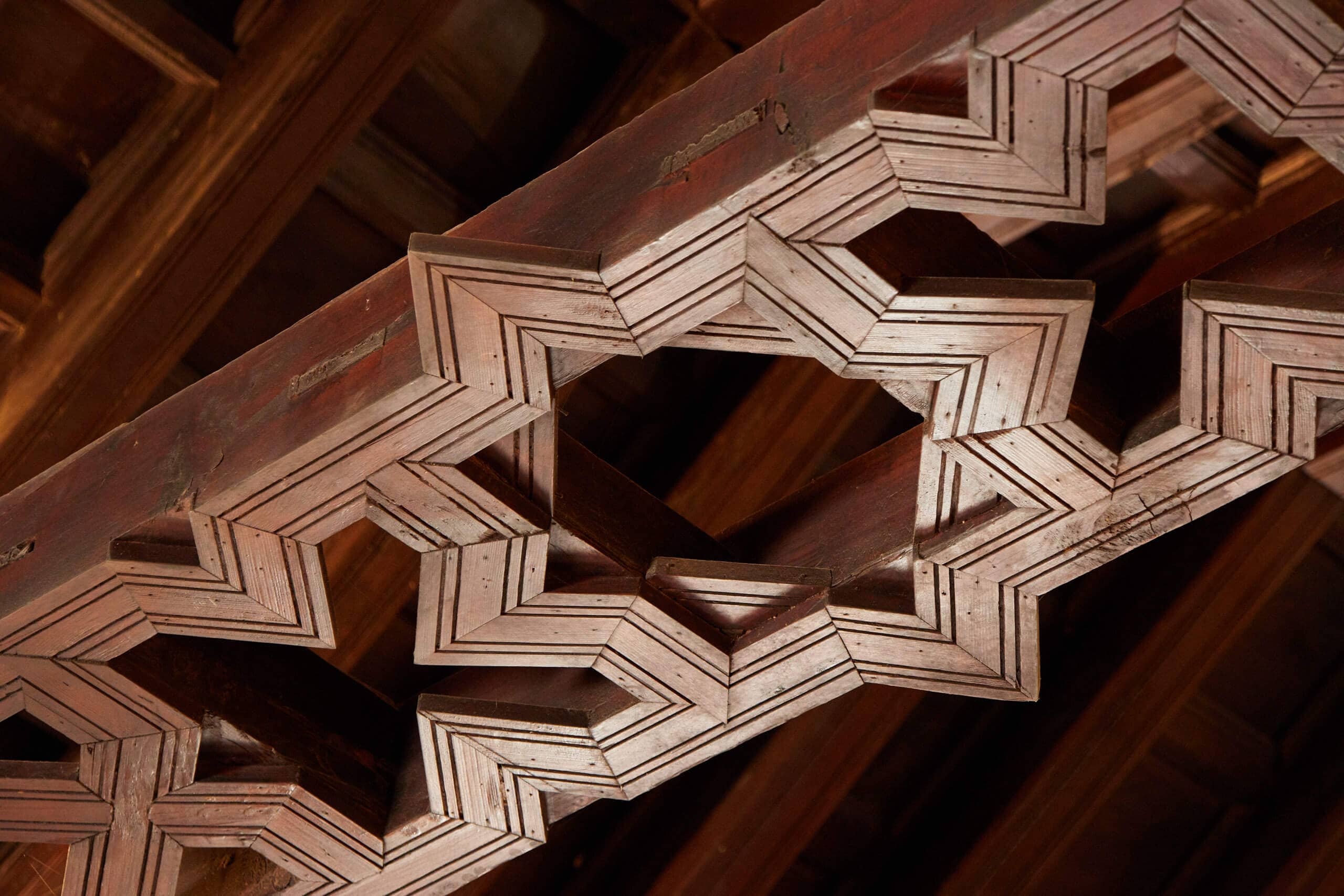