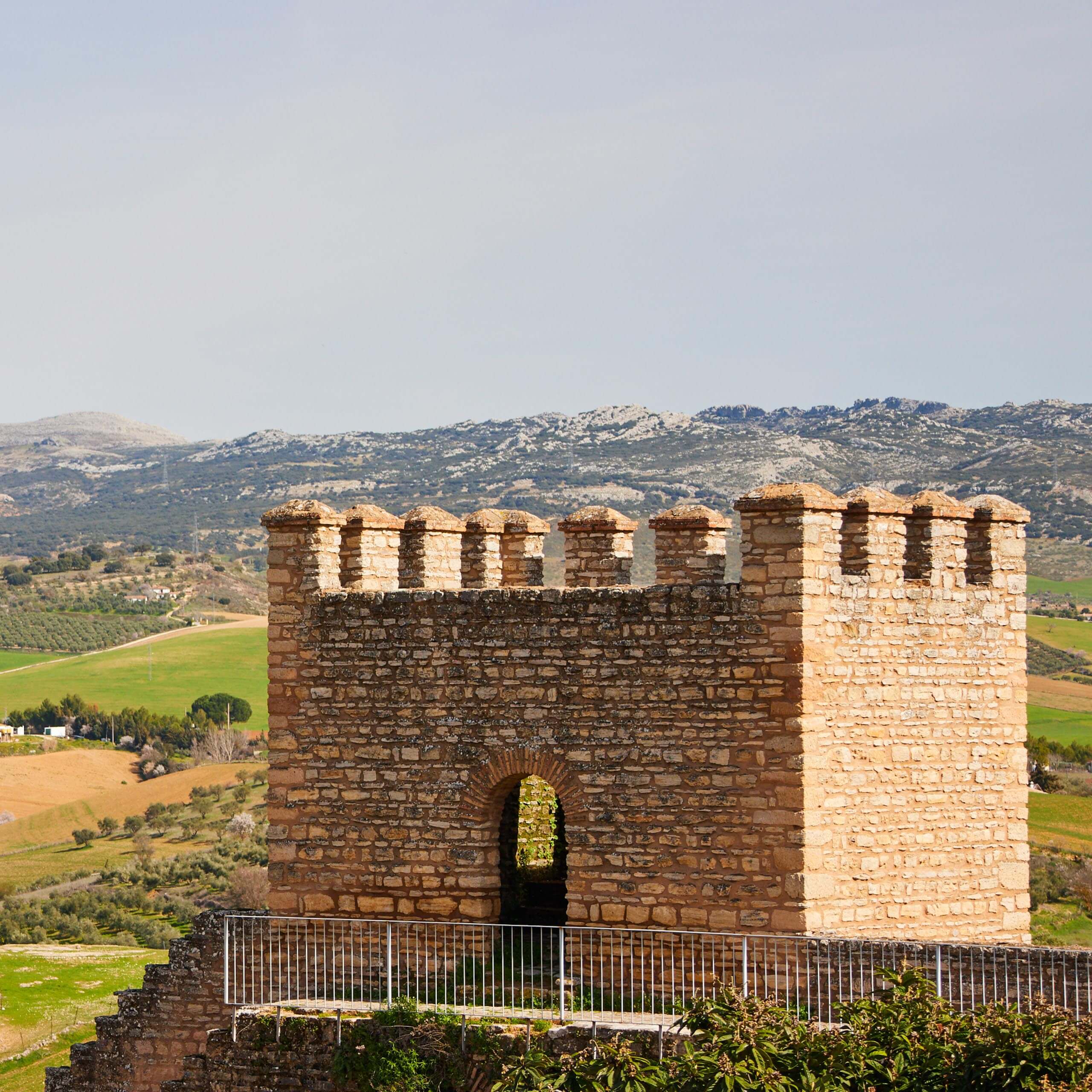 The location of Ronda at the top of a rocky hill gave the city a strong strategic and defensive value. The Medina was located here during the Moorish age, with well-defined city limits on one side made by the natural border of the gorge, and on the order side by the city walls themselves. The Almocabar gate is one of the best preserved, built in the 13th century and restored during the time of Charles V. It was located near the cemetery outside the city walls. Another interesting location for the city walls is on the eastern side, where the Xijara gate is located, as well as a double defensive line of walls, where the Arab baths were also located. The western side of the walls defended the mills and cattle. On this side there are two entrance gates, the Arco del Cristo and the Puerto del Viento. 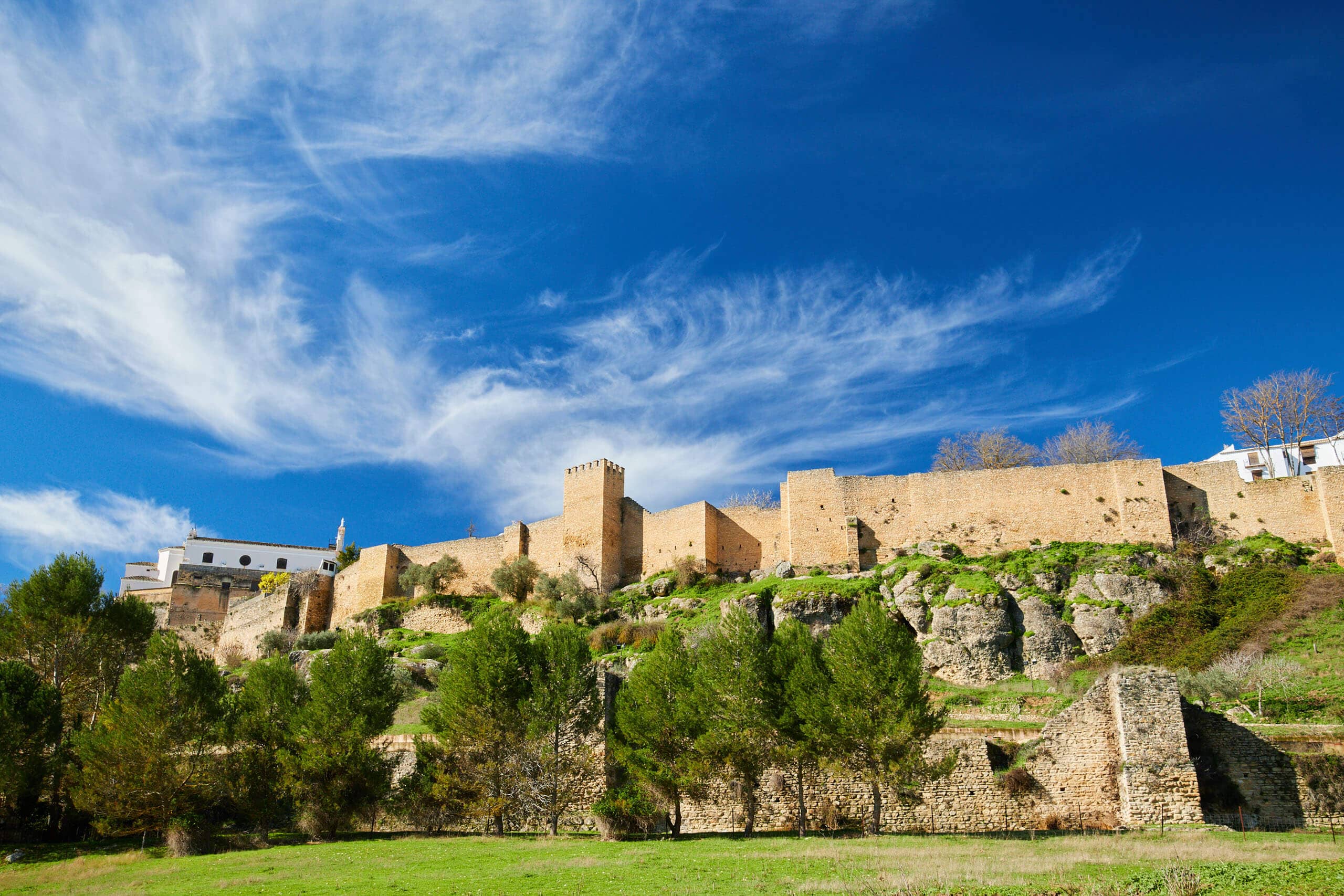 The walls on the east side of the old town 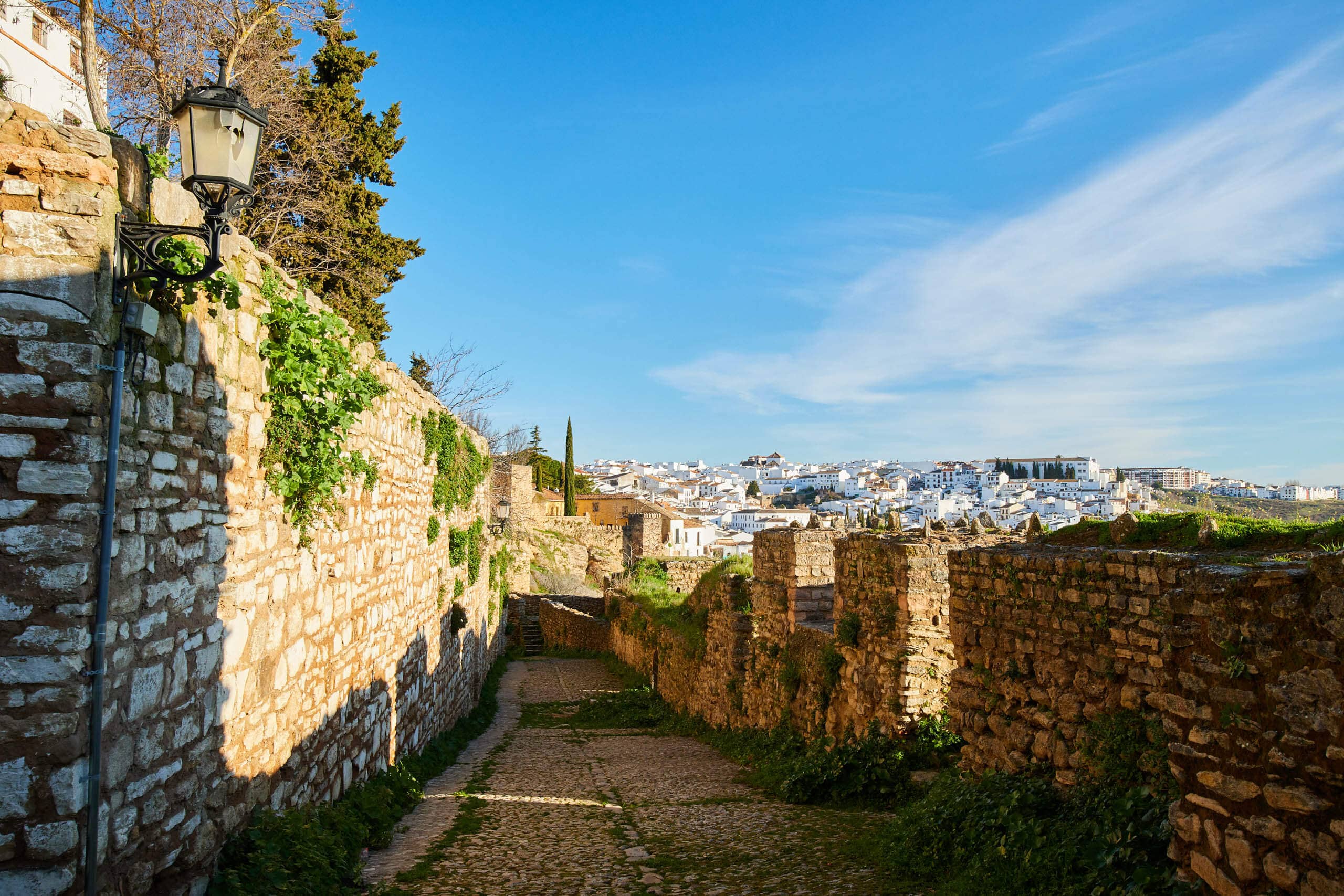 A walkway through the walls 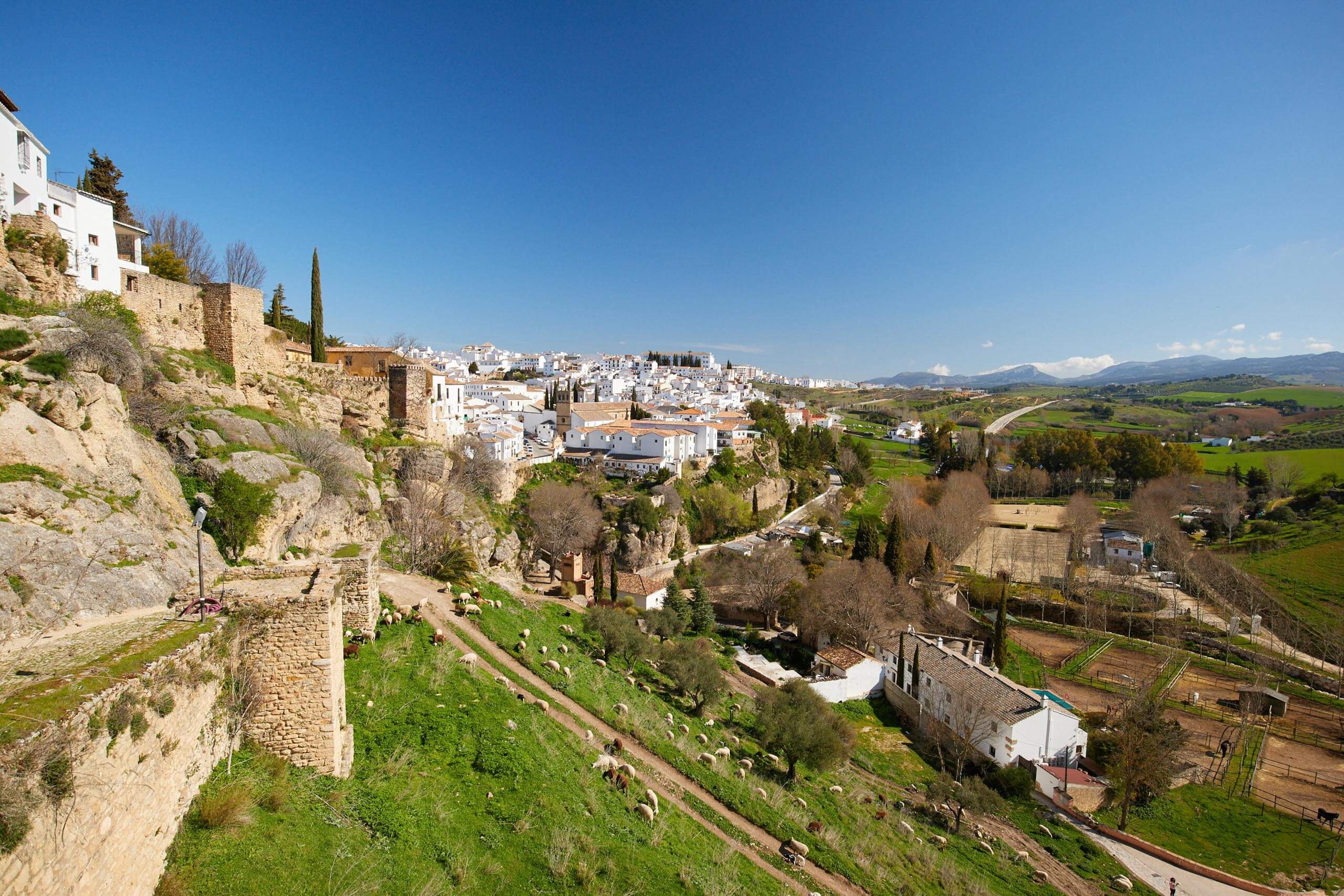 Sheep grazing on the lands beyond the walls 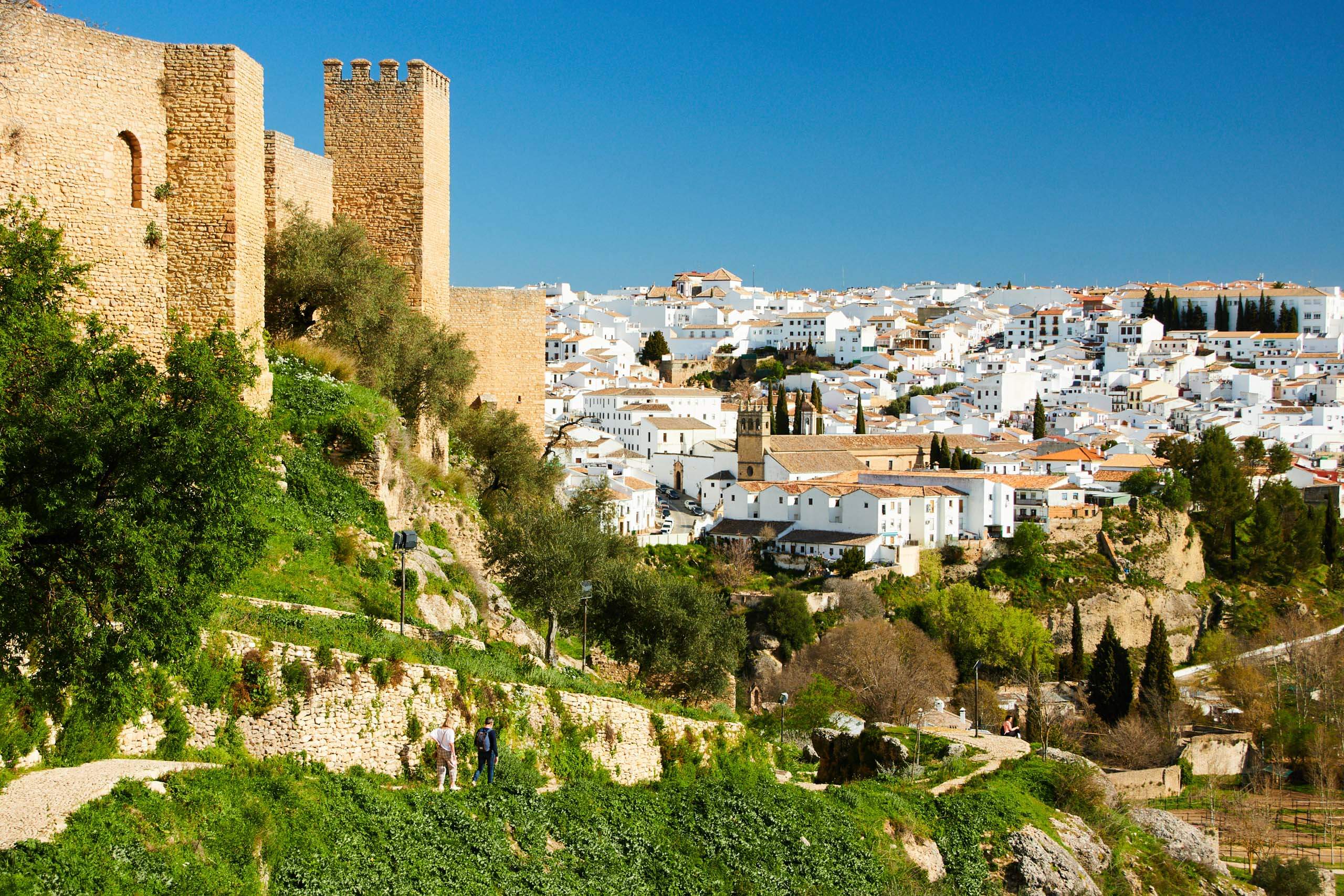 The Padre Jesús area beyond the walls 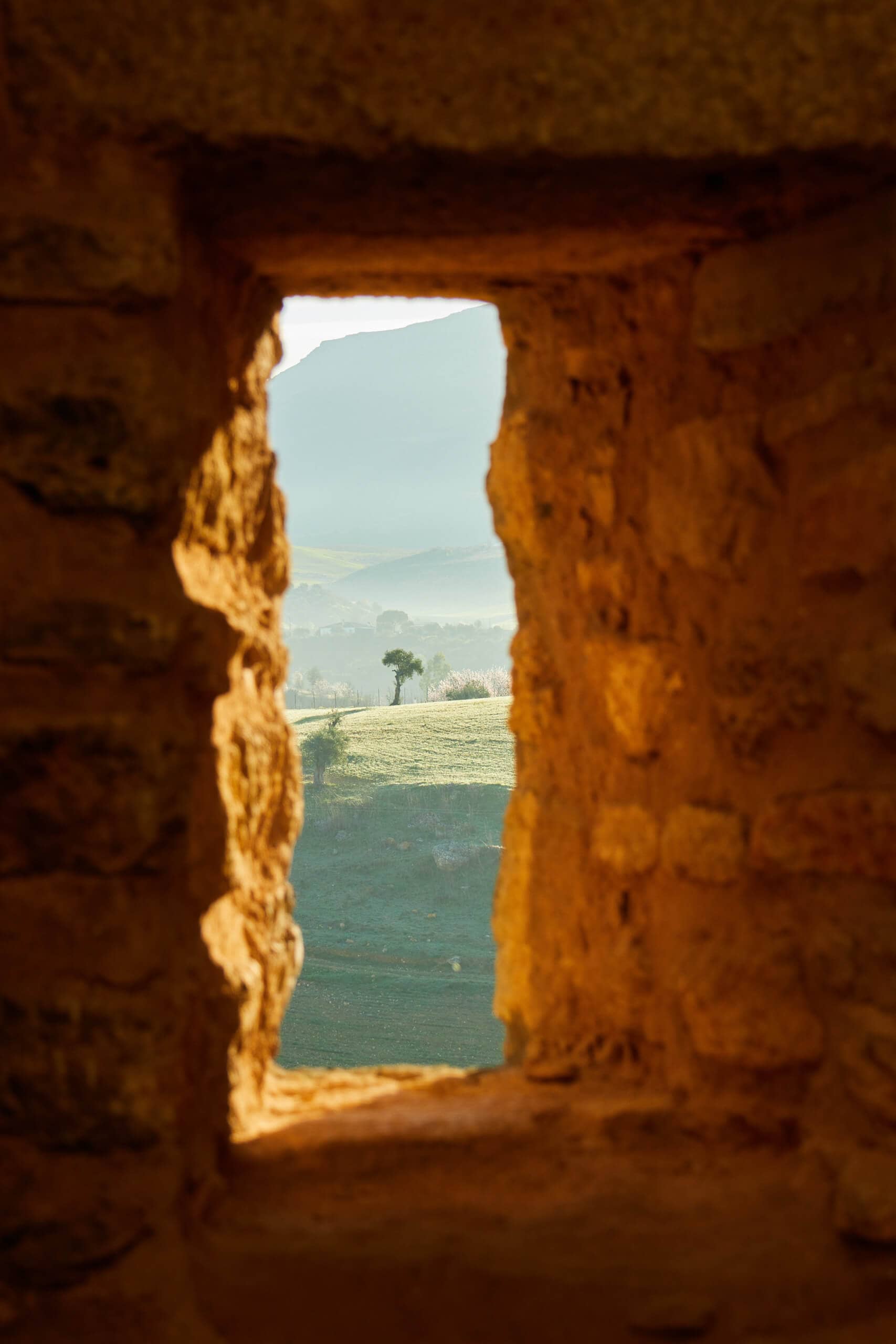 Looking through the walls to the surrounding landscape