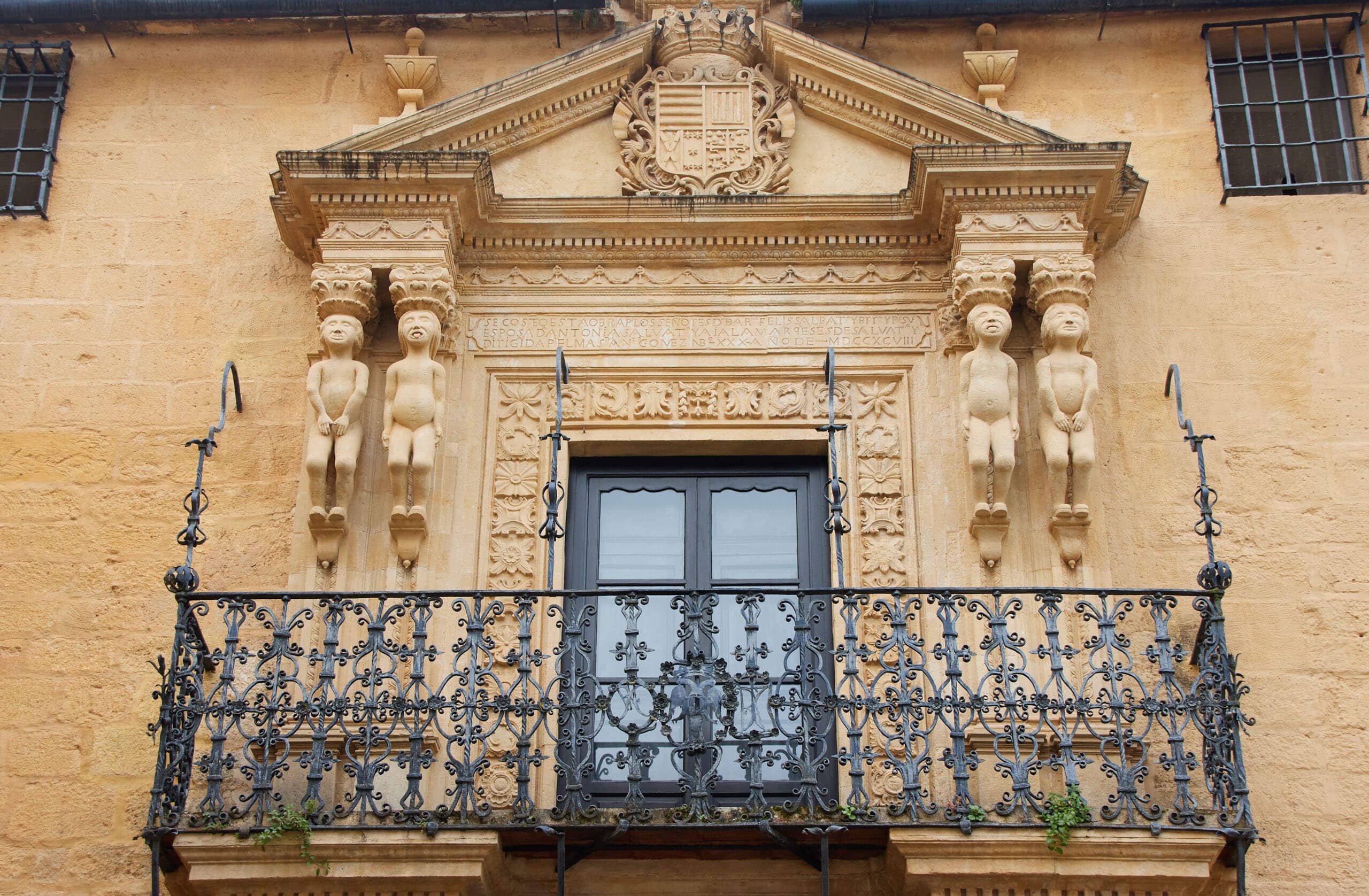 Palace of the Marquis of Salvatierra

Originally the location of a Moorish house, the Palace of the Marquis of Salvatierra was built at the end of the 17th century. It has great artistic and historical value, with the façade featuring a wrought iron balcony typical of the Ronda style, finished with a pediment bearing the coat of arms of Salvatierra. Both sides of this feature four figures of Inca figures that reveal its colonial influence. Cómo llegar

The facade of the palace