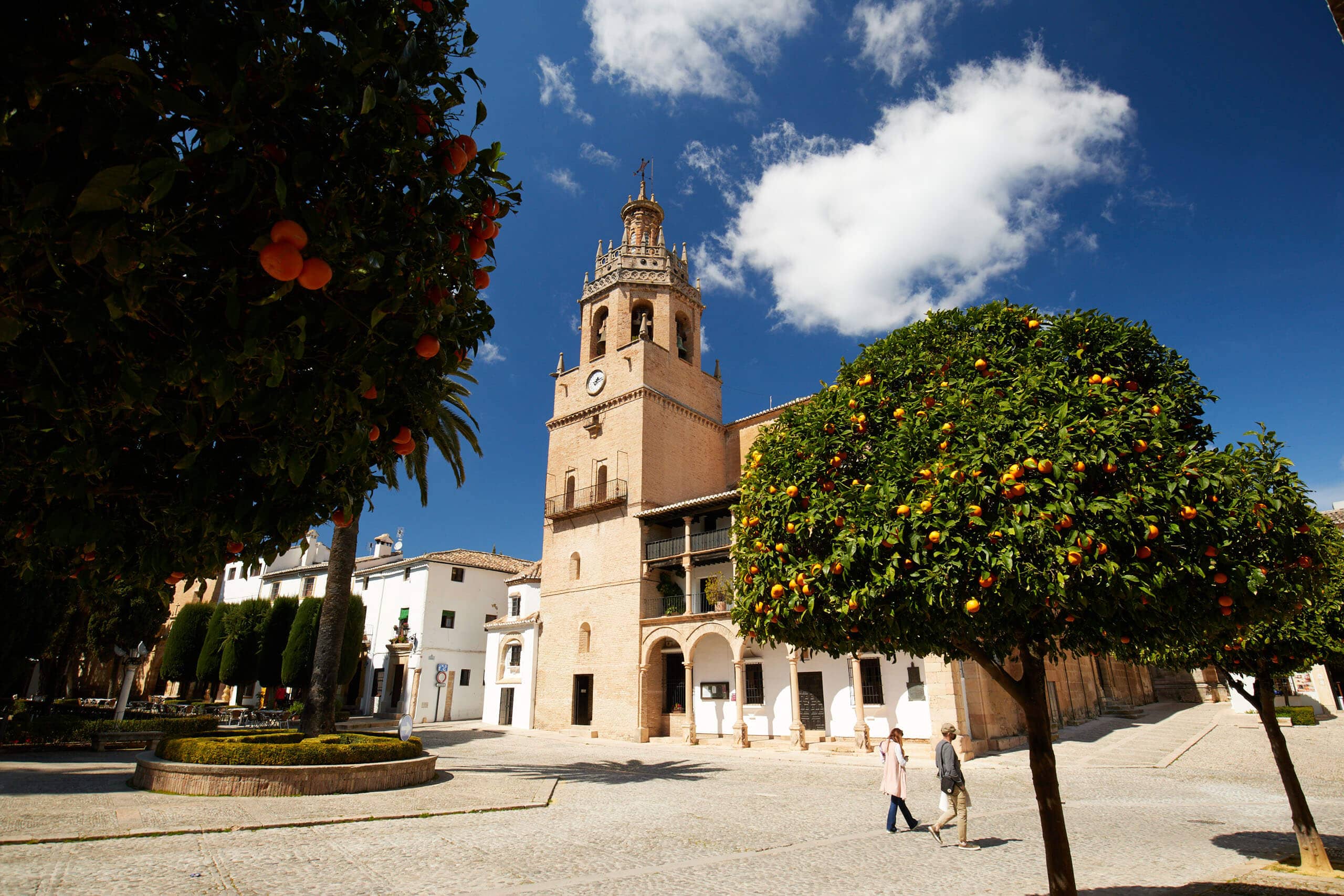 Believed to be the square on which the Roman Forum was originally located, the Plaza Duquesa de Parcent is now the central square in the old town area of Ronda. It has a wealth of monuments, such as the church of Santa Maria la Mayor, the Town Hall (once a military prison) and other churches and convents dotted around the square. 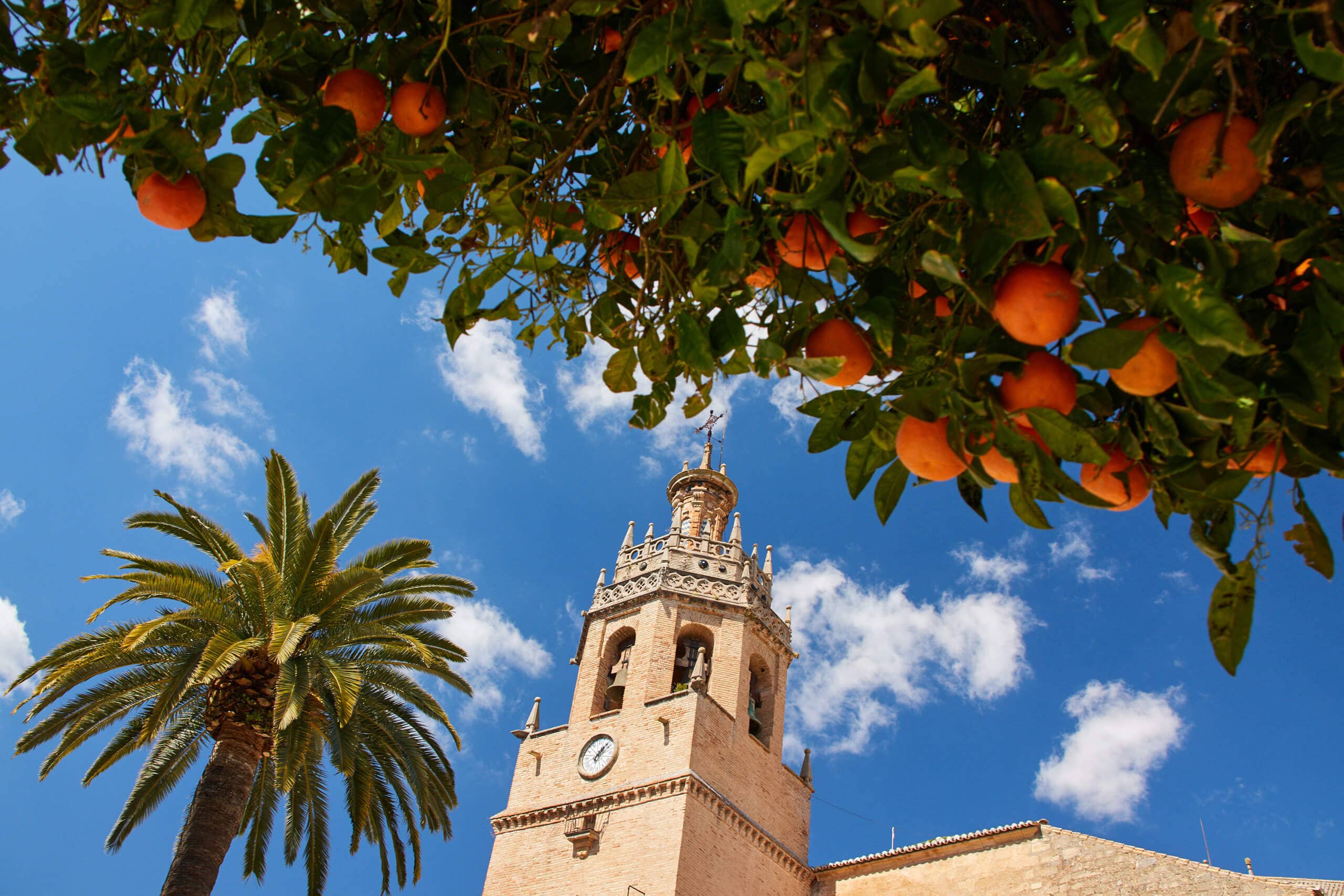 The church tower and organge trees in the foreground 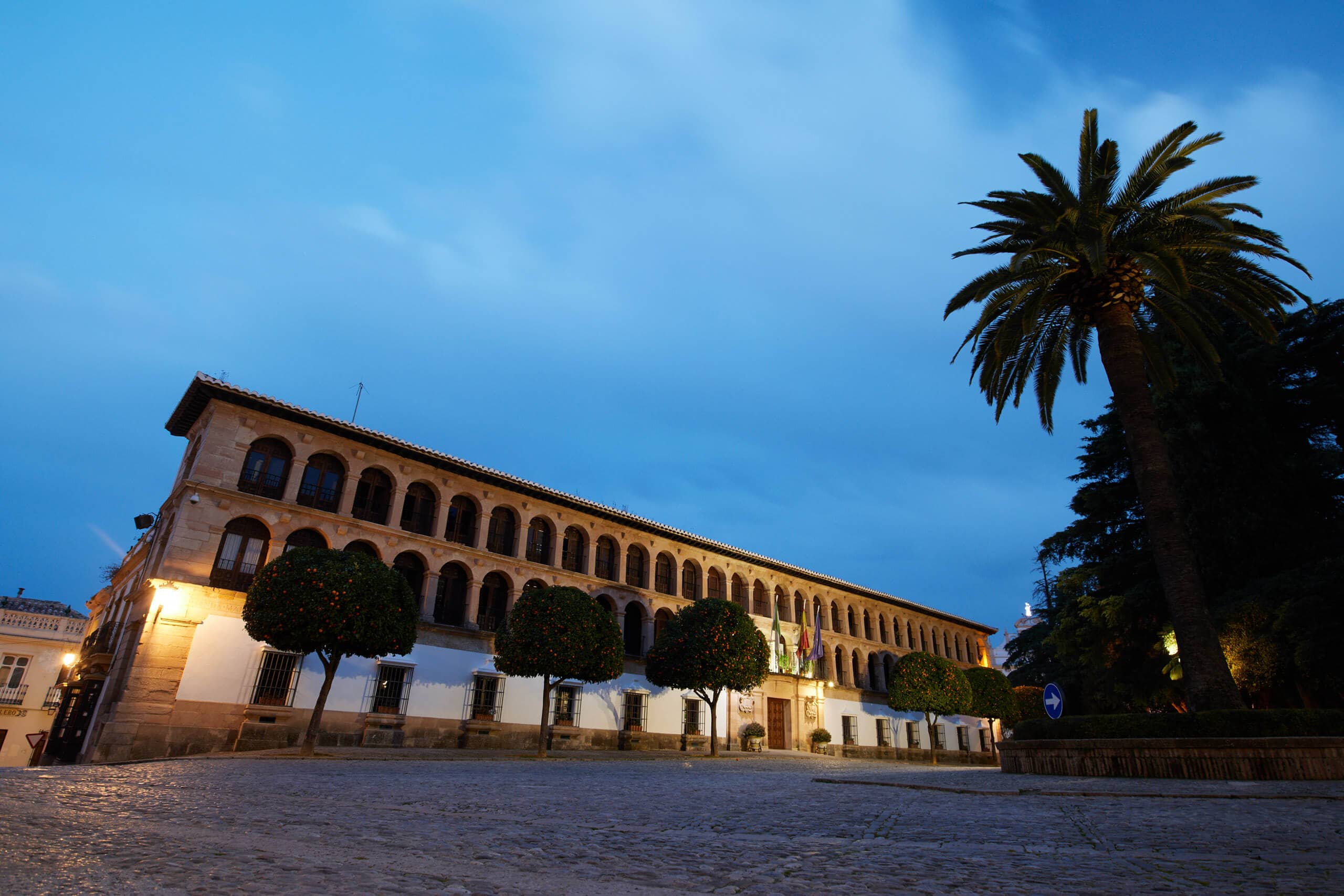 The town hall of Ronda